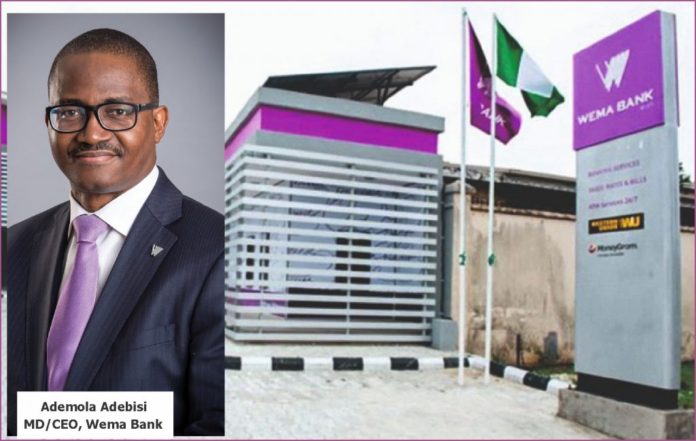 We gathered that Ademola Adebise and other members of his staff involved in the N1 billion money laundering scandal are now cooling their feet in the custody of the Economic and Financial Crimes Commission – EFCC.

We understands that the financial institution which was recently indicted in an alleged money laundering case involving Dana Air is currently facing a fresh fraud case with its Managing Director (MD), Ademola Adebise allegedly in the forefront of the allegation.

At a time when the government of President Muhammadu Buhari is fighting corruption headlong and committing to the extradition of the 80-man list of wire fraudsters released by the FBI, Adebise and some of his top management staffs have been alleged of leading a money-laundering ring.

The current case could be likened to a scene from a mafia movie, as Adebise is said to have allegedly threw all caution to the wind in a fraud allegedly estimated to be in the tune of N1bn.

Reports in the media detailed how the Wema Bank MD smartly laundered the said amount using the account of an innocent customer without his consent.

The scam as it has been widely reported is part of a grand plan to dispose the owners of popular hospitality and entertainment facility located in Maryland which is currently under the receivership of Kunle Ogunba (SAN) and the subject of litigation.

We further learnt in a report by E-Nigeriang, that “a man who hardly could deposit N300,000.00 in his account was suddenly credited a sum of 1Billion Naira without an alert or any form of notice”.

Primate Ayodele to Femi Adesina: “I can’t join issues with you,...