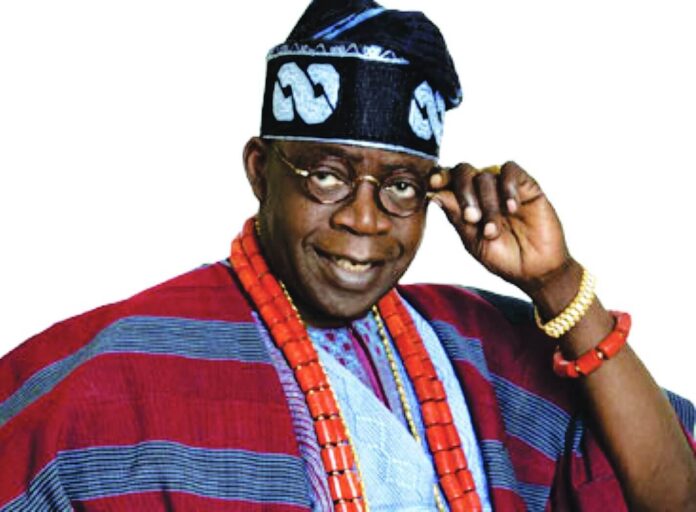 The Council of Ullammas and some Jumma’at Mosque Immams in Kano State have endorsed the candidature of the National Leader of the All Progressives Congress (APC), Bola Tinubu for the 2023 presidential election.

The Immams and the Ullammas believe that it is time for payback for what the Jagaba, did to one of their own, President Muhammadu Buhari, in 2015, who they alluded, “had tried severally to clinch the Presidency but failed, not until Tinubu joined forces with him in 2015.”

The former governor of Lagos State, who was in Kano to attend a wedding Fatiha, Friday, however, turned the visit to seeking support for his much speculated ambition to become president in 2023.

Immediately after the ceremony, which held at Minna Events Centre in the ancient city, Tinubu proceeded to Alfurqan Jumma’at Mosque where he met with the Chief Immam, Dr. Bashir Omar.

He also met with Dr. Ahmad Datti whom he described as an old friend.

His meeting with Dr.  Datti did not last more than 10 minutes, before he proceeded to Challawa Phase 2, where he met with the congregation of all the Immams and the Ullammas representing Tijjaniyya, Qadiriyya and Izala sects.

Speaking to Tinubu, Sheikh Shehu Shehu Maihula said: “It is indeed on record and in our minds what you did for President Muhammadu Buhari in 2014. This is somebody who had tried all he could to clinch his Presidential ambition but failed serially not until you joined forces with him”.

Shehu Maihula, of the Tijjaniyya sect, added that: “You Bola Tinubu brought to Buhari the Muslim’s and Christian South to mend fences with the North for him to achieve his long time desire.

“This, we will reciprocate and reciprocate well, by giving you all the necessary support you require to achieve your desire.  This is an assurance to you for what you have done for us.”

Also speaking, the Imamu AhliliSunna WalJamaa, Sheikh AbdulWahab Abdallah, reminded Bola Tinubu of his role in the selections of who would run with President Buhari.

He said: “It is on record that earlier on, you Tinubu insisted that you will be the President’s running mate, but we went to President Buhari and told him that it is quite impossible for a Muslim Muslim ticket. Buhari directed us to you, where we spent hours, precisely till like 3.50am, persuading you and at the end you agreed.”

Sheikh AbdulWahab said: “This singular action of yours paved the way for President Muhammadu Buhari to win the 2015 general election. This is something that we will never forget.”

Tinubu, who thanked the Ullammas for their endorsement, however, did not comment when the journalists tried to speak to him at the airport ahead of his trip back to Lagos. He only said:  “I’m only in Kano for a wedding and that is all.”