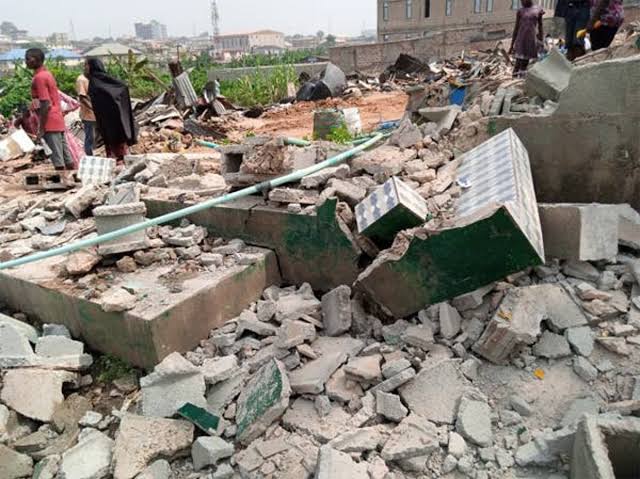 RAGING dusts are yet to be settled over the crisis rocking the recent eviction of some occupants and demolition of structures in the Monkey Village area of Opebi in Lagos State, as two eminent gladiators, Barrister Monday Ubani, a legal practitioner and Former Second Vice President of the Nigerian Bar Association, and Engineer Akeem Ariori, a Real Estate Mogul, and chairman Prosperous Ariori Golden Ventures, continued to contest the validity of the action, and the rightful ownership to the property.

Following the demolition, Ubani, in a Facebook post on December 31, 2020, had accused Ariori of connivance with land grabbers and ill-informed officials of the Lagos State Government, to illegally carry out the operation.

The intensity of the matter had prompted the Lagos State Ministry of Justice to set up a Panel of Inquiry on Monday, January 10, to look into the matter, with all parties being invited and asked to submit their independent investigations on the purported expanse of Land

The goal of the panel was to legally and amicably settle the lingering tussle, especially between the trios of Ubani, Gilbert Oladehinde Meadows (and Family), the landowner, and Ariori.

At the Panel yesterday however, where all the parties were invited, Ubani’s purported Certificate of occupancy claim to the said property, was floored by the panelists, as it was referred to as a paper that does not have origin.

The lawyer’s plea to the panelists to instruct the Meadows and Engineer Abiodun Ariori to stop work on the land, was also declined, on the ground that the Original Survey of the said land proved that the land is legitimately owned by Gilbert Meadows, which gave the property to Ariori for development.

Frustrated and dreaded the humiliating defeat, as Ubani dashed out of the panel, in annoyance, Ariori, took his turn, insisting that he was merely implementing the legitimate mandate of his client, Meadows family, who gave him the said land to develop.

He said the mandate was fully backed by documents and subsisting judgment of the Supreme Court of the Federal Republic of Nigeria.

Monye argued that where an argument has ensued about the originality of the title of document presented on a property, the defendant ought to provide sufficient proves of evidence.

According to him, “In the instant case, what is the origin of the title of Mr. Ubani’s Client? He hasn’t supplied details or particulars of the Certificate of Occupancy to the general public so that his claims may be verified, yet he ran to the media space to castigate and cast aspersions on our Client and the Meadows family without any factual justification.

“We make bold to state that the Meadows ownership of the land has been confirmed by the High Court of Lagos State per Famuyiwa V.O J in Suit No: LD/513/80 and also affirmed by the Court of Appeal in Suit No: CA/1/16A/92.

“These judgments are still valid and subsisting the Supreme Court has declined the Appellants request for leave to appeal by virtue of the ruling in Suit No: SC146/1995. It was upon the dismissal of the Appeal to the Supreme Court by the Appellants that the Meadows Family approached the High Court of Lagos State in accordance with the Sheriff and Civil Processes Act, for the execution of the judgment in Suit No: LD/513/80, which was carried out on the 30th October 1997.

Statutorily, Monye said, the law is that acts of ownership must be numerous and positive; and to be positive, the acts must be assertive not passive, adverse not consistent with the claim of the other party.

Hence, he further that, it is on record that the occupier of No. 1 Foluronsho Kuku Street, Opebi in the person of Chief S.F. Kuku had sued the Meadows Family in Suit No: ID/1270/90 over the land covered by Certificate of Occupancy dated 3rd July 1986 registered as 15/15/1986H and also the occupier of 8, Ibadan Close, Opebi, Ikeja whose Certificate of Occupancy was registered No. 52/52/1991AP all came to ratify their title with the Meadows Family after the pronouncement of their Ownership to the land covered by the judgment of the High Court of Lagos State and affirmed by the Court of Appeal.

“All these properties falls within the land covered by the survey No OGEK 1911/81 ordered by the Court in Suit No: LD /513/80, belonging to our client, Mr. Ubani should state the contrary if the address of the land is not No. 1 Folorunsho Kuku Street.

BREAKING: Court sentences Farouk Lawan to 7 years in prison over...

NDLEA honours Dangote as the Grand Ambassador of War Against Drug...