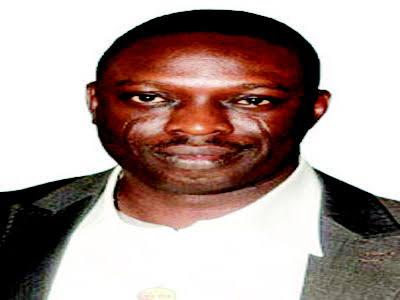 When a slave stays too long in a family, he will, most certainly be swearing with the holy name of the family’s ancestor (Bi eru ba pe n’ile, yio bu alajobi). That is the case with an Ondo town, Ondo State man called Bola Ilori. He loves Osun State more than he does his home state. That possibly is because Osun is ‘sweet’ and ‘simple.’

His tribe’s way of saying this in Yoruba is to look down on the 30-year-old State and its accommodating people and shout: ‘Osun goo.’ This man was imported into Osun State government by Mr  Rauf Aregbesola as a practical demonstration of the unusualness of his regime of aliens. He came first as a special adviser on environment and left an evergreen (pun intended) memory of using Osun State’s hundreds of millions of naira to plant trees in the rain forests of Osun state. Then he was upgraded to a commissioner and he forgot (and still forgets) that his Ondo Egin butterfly cannot compete with the eagle of Osun State in Osun State skies.

If there is any tension today between the incumbent governor, Mr Gboyega Oyetola and Aregbesola, his immediate predecessor, the credit must go to characters like Ilori who prosper by sowing discord in the fertile minds of politicians. Because he is brave and courageous, Ilori does not do his own anti-Oyetola politics behind any veil.

He climbs right to the top of the mountain to throw abuse at the governor on behalf of his master. The latest he did which provoked this short piece is a recent post he dropped on the social media and signed. He gave it the title: “The Irony of Aregbesola, Oyetola and Makinde!” This is what Ilori wrote:

“Life can be a funny mix. In line with his party’s interest APC, loyalty to his boss Asiwaju Bola Ahmed Tinubu and the love of his late friend, Sen Abiola Ajimobi, Aregbesola did everything in the book to prevent Seyi Makinde from becoming the Governor of OYO. On the other hand, in line with his party’s interest, loyalty to his boss and love for his chief of staff, the same Aregbesola did everything within and outside the book to install Oyetola as the Governor of OSUN!

Two years down the line, Oyetola’s people are doing everything within and outside the books to humiliate Aregbe while Makinde people are doing everything to honour Aregbe. Oyetolas people threatened anyone that wished to attend Aregbesola’s investiture as NUJ Grand Patron (NUJ even announced that they received several threatening calls), while Makinde’s Deputy Governor attended the investiture (WITHOUT INVITATION O!) with the consent of his Governor. Senator, House of Rep member and head of parastal from Oyo were in attendance.

Oyetola’s people took to Facebook to celebrate those who didn’t attend while Oyo people (APC and PDP) celebrated Aregbe as a man of integrity, a mentor and role model. Posterity will assess this season!!! May God spare our lives to see the end of the drama!!!”

Now, the man who wrote the above is currently Special Adviser to Aregbesola as minister of the Federal Republic. Was he asked to write that? That his boss got an award in Ibadan and officials of Oyo State government attended has become dry powder in his gun against Oyetola and his ‘people.’ Suddenly now, the PDP people in Osun and Oyo are good people in the eyes of Ilori, Rauf Aregbesola’s man.

Indeed, to use Ilori’s words, “life can be a funny mix.” But, did Aregbe inform Oyetola of any award and, even if he did, how many of such outings did Aregbe attend to honour others when he was in power in Osun State?

Ilori moaned that Aregbesola did everything to instal Oyetola as governor. But, how about if those he called ‘Oyetola’s people’ counter him that whatever Aregbesola did in 2018 for Oyetola was simply a fractional payback for past favours? How about that? People who dream too much always have problems with the reality of their lives.

Aregbesola ran a government in Osun State for eight years and left. When is he and ‘his people’ going to wake up to the reality of the end of his era as governor? Why can’t he over-grow or grow over his former office and let the incumbent be?

Aregbesola’s people keep inserting the name of Asiwaju Bola Ahmed Tinubu in every media attack they launch against Governor Oyetola and his government and that is a surprise. Is anyone baiting the leader, daring him to come out and fight them? I cannot understand the persistent reference of Ilori and the other members of that tribe to Aregbesola’s loyalty to Asiwaju Tinubu whenever they want to issue threats about the future of Osun State and its politics. If this woman is intent on filing a divorce, she should come out clearly with her suit instead of invoking the name of the village head as the reason for her continued stay in her husband’s house. Abi?

A self-conscious powerful APC party man like this Aregbesola’s man is admitting openly that their award ceremony in Ibadan needed the presence of the PDP to be “successful.” A responsible family head must never be heard declaring that he eats outside because he is not wanted at home.

When a supposed APC big shot starts “doing everything within and outside the book” to paint the opposition PDP and its leaders as good and agreeable, then wahala wa. What really did Ilori want to achieve by that drivel? Is he confirming their alliance with the devil that is almost by now no longer a secret? I read and re-read the entire piece and my conclusion is that it is an unfortunate isokuso by an Ondo State man about Osun State.