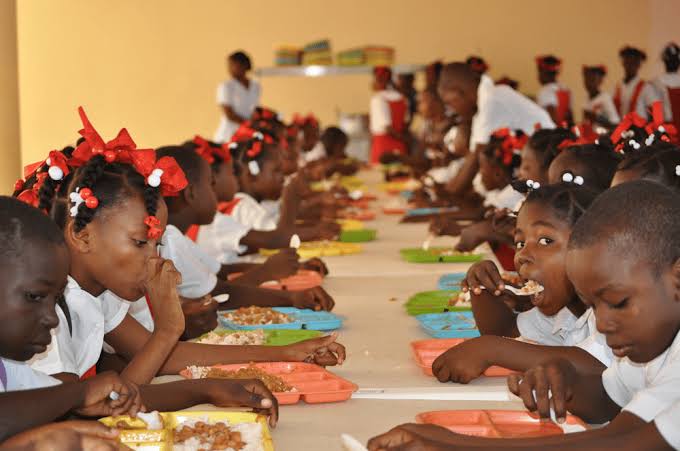 On Tuesday January 26, 2021, President Muhammadu Buhari inaugurated an 18-member Presidential Steering Committee on the Alternate School Programme, (ASP). The President charged the committee to coordinate and lead the deployment of a National Plan which will address the issue of out-of-school children in the country.

The Alternate School Programme has as its mandate to improve access to education for all Nigerian children in alignment with Sustainable Development Goal (SDG-4) which aims to “ensure inclusive and equitable quality education and promote lifelong learning opportunities for all”.

The Terms of Reference for the National Steering Committee include: “refine and focuse the vision of the initiative; ensure engagement and effective uptake of the ASP initiative across the country; review and approve all work, implementation plans, expected deliverables, feedbacks and reports as proposed & undertake any other task that can enhance the effective delivery of the initiative.

In his remark, the president noted that despite the strides made with the Universal Basic Education Commission under the Federal Ministry of Education, it remained an unacceptable aberration to see young children “abandoning formal school to become apprentices in shops, workshops, and markets, whilst many others choose to loiter at markets, become cart pushers and hawkers.”

To put the new initiative in context, Unicef notes about Nigeria that “Even though primary education is officially free and compulsory, about 10.5 million of the country’s children aged 5-14 years are not in school. Only 61 percent of 6-11 year-olds regularly attend primary school and only 35.6 percent of children aged 36-59 months receive early childhood education. In the north of the country, the picture is even bleaker, with a net attendance rate of 53 percent. Getting out-of-school children back into education poses a massive challenge.”

That challenge is at the core of the Alternate School Programme which, if viewed from the perspective of the ripple effect an uneducated population can have on the polity, presents a humanitarian imperative.

The UN lays the blame for the huge number of out of school children, over 5% of the population at the feet of poverty, geography and gender imbalance. A lack of economic empowerment, location in conflict impacted states and disinterest in educating the girl child have contributed in exacerbating the problem.

The Unicef report contends that “Gender, like geography and poverty, is an important factor in the pattern of educational marginalization. States in the north-east and north-west have female primary net attendance rates of 47.7 percent and 47.3 percent, respectively, meaning that more than half of the girls are not in school. The education deprivation in northern Nigeria is driven by various factors, including economic barriers and socio-cultural norms and practices that discourage attendance in formal education, especially for girls.”

The ASP hopes to help tip the scales and achieve a balance in this disproportionately lopsided state of affairs by providing an innovative & flexible approach to schooling as well as skills development.

By focusing on out of school children, the ASP will ensure a reversal of Nigeria’s abysmal statistics which the UN has captured in very poor terms – “one in every five of the world’s out-of-school children is in Nigeria.”

According to Umar Farouq in a January 31 tweet “That translates to 10.5 million children aged 5-14 years. There is also a high percentage of absenteeism with only 61% of children aged 6 to 11 able to attend primary school regularly. The figures are worse in the North.”

An uneducated child will grow up into an illiterate adult who will be unable to access neither gainful employment nor economic empowerment. Such an individual will constitute an unproductive component of the population and remain a burden on the system.

Viewed from these perspectives it is easy to see why the ASP constitutes a humanitarian imperative especially as the bulk of the out of school children are already in the grip of a humanitarian emergency after over a decade of insurgency in the North East states of Adamawa, Yobe and Borno where the UN estimates that 2.8 million children are in need of education-in-emergencies support with at least 802 schools shut, 497 classrooms destroyed and another 1,392 damaged but repairable.

The Alternate School Programme is not the first of such initiatives to tackle the menace posed by out of school children. In January this year, during an inter-ministerial briefing, the Minister of Education, Mallam Adamu Adamu had informed his audience that the number of out-of-school children has reduced from 10.1million in 2019 to 6.95 million in 2020.

He said the reduction was consequent on gains from the Federal Government’s Better Education Service Delivery for All (BESDA) initiative which was being implemented in 17 states of the federation in conjunction with the National Association of Proprietors and School Owners of Nigeria. The effort, he announced, had led to the enrolment of 1,053,422 children during the period.
The coming of the Alternate School Programme with its innovative approach will help accelerate the gains by ensuring that every child gains access to quality education, irrespective of social, cultural, or economic standing.

Highlighting the humanitarian approach, the co-chair, Sadiya Umar Farouq noted that the FG through the Ministry of Humanitarian Affairs Disaster Management and Social Development and the National Social Investment Programmes (NSIP) is working to improve household incomes for the families of out of school children as it seeks to equip them with literary and numeracy knowledge as well as the requisite skills to engage with and contribute meaningfully to the Nigerian economy. To help achieve the goal, the ministry has begun the collation of data of all out-of-school children across the country.

It was pleasing to read news of the inauguration of a technical Working Group on Tuesday April 13, 2020. This development speaks to the seriousness with which the assignment is being addressed. The TWG will oversee and ensure effective planning and implementation of the ASP which will, in the short term, evolve means of delivering a limited number of subjects with emphasis on numeracy and literacy as well as basic and social sciences from Mathematics to English Language, and Basic Sciences to Social Studies. These would be scaled up in the long term to facilitate the acquisition of relevant technical skills.

As work progresses on this very laudable initiative, the hope is that in a year or two, Nigeria would no longer score so abysmally low when it comes to out of school children.

Buhari, Tinubu, Fashola, Adesina, Okonjo-Iweala, others to speak at Ehingbeti