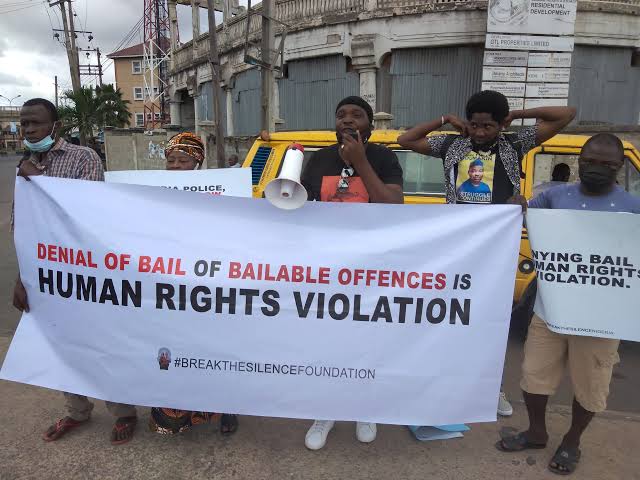 Nollywood actor Yomi Fabiyi has fulfilled his promise of leading a protest to the State Criminal Investigative Department in Panti where Baba Ijesha is being detained.

Fabiyi shared a series of videos on his official Instagram page showing himself and other people at the protest ground.

The actor has been involved in Baba Ijesha’s case, calling for him to be released on bail.

According to Yomi Fabiyi: “Nobody is saying Baba ijesha is innocent or guilty and that he shouldn’t be tried but keeping him without granting him bail (Administrative) as the offense is bailable is Oppression and abuse of his fundamental human rights.

Fabiyi also said: “Anybody who opposes his agenda, they are either uninformed, emotional or lack knowledge on fundamental human right. if they are in majority in a community, oppression will always have a field day around them whether they live in Nigeria or Abroad.

Waje: The experience that change my lifestyle

I became virgin after having my daughter -Bisola, BBNaija star