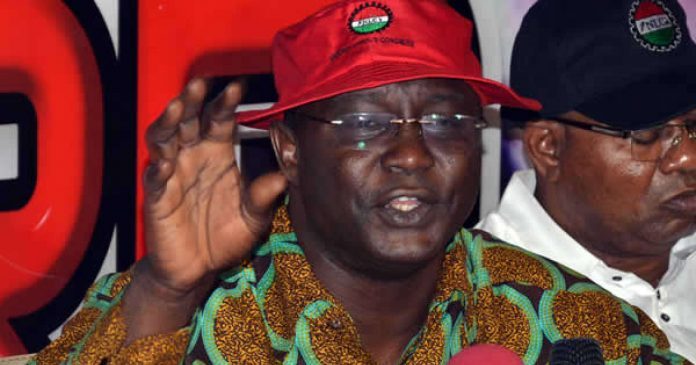 Wabba, President of the NLC, responds El-Rufai, the Governor of Kaduna After being declared wanted, the NLC in the state went on strike to protest widespread layoffs and other alleged anti-labor measures taken by the administration.

The state’s NLC has gone on strike to protest mass worker disengagement and other purported anti-labor measures by the administration.

“Let him come and arrest me,” Wabba told Tribune Online while spearheading a protest in response to the demands for his arrest. It has nothing to do with me.”

He announced, “We are here and waiting for them.”

Nasir El-Rufai, the governor of Kaduna state, had declared Wabba and other union leaders wanted in connection with the state’s workers’ strike.

Wabba had said at the start of the strike on Monday that it would go on until the state administration addressed the workers’ demands.

All economic activity in the state were also grounded by the workers.

El-Rufai declared the labor leaders sought for “economic sabotage and assault on public infrastructure under the Miscellaneous Offenses Act” on his verified Twitter profile on Tuesday.