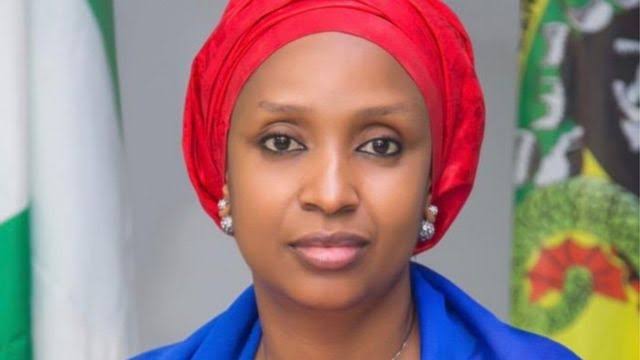 With the current persistent traffic gridlock in Apapa, making it apparent that the suspended managing director of Nigerian Port Authority (NPA), Hadiza Bala-Usman’s signature project, the truck e-call-up system (otherwise known as ETO), has failed, industry stakeholders have alleged that corruption amongst NPA officials, undue favouritism to Dangote trucks and other big manufacturers in the port was mainly responsible for the failure over hyped system.

This among others was the highpoint of discussions at this year’s edition of the Nigerian Annual Transport Lecture which held Friday at the Lagos Sherston Hotel Ikeja, Lagos.

John Animashian, a trucker who said his association AMARTO has complaing over cortiption that trailing the call-up system and undue favoritism given to Dangote and leaving small truvker in the Transit Park for two more without being called.

“How can a businessman who depends on his one or two trucks for his livelihood stay at the Transit Park for over two months without being called, how can he be able to make ends meet. In other climes, those big industry operators in the port will only be allowed to operate at night but in this case, Dangote takes over the road, operating unhindered withour recourse to the e-call up while those picking up containers stay over two months in the transit parks in the name of waiting to be called?”

While calling on the Corp Marshal of the Federal Road Safety Corps, Dr Boboye Oyeyemi, the Lagos State Government and the President of ANLCA, Iju Tony Nwabunike to intervene to rescue the situation as small truck operators who incidentally are in the majority are are simply being ecploited and at the same businesses are being killed by NPA.

Anothet trucker Dele Omajuwa said. “The e-call up is not a solution, it is now a problem. We are dying . It is only Dangote that is working and causing the hold. We tgat are carrying containers cannot go in,” he lamented.

He said: “Eto has failed. It only wipes off the truck operators’ pocket,” noting that hardly was the N10, 000 per truck levy introduced, than it was hiked to N30, 000.

He specifically noted that the NPA rather than wait on the terminals to give the green light, before authorising a truck to move, all they do is collect their money, legal and illegal, and shortly after, the truck is on its way to the port.

According to him, things are fast getting worse than when the Presidential Task Team was here.

A customs officer who spoke on conditions of anonymity said he knew the arrangements would fail.

“The current arrangement allows the NPA to collect the money; and the Lagos State Government to do the entire job. There’s no direct way for the functionaries, particularly the LASTMA to be motivated, except by extortion. So, everyone works for two hours in the morning, and relax; and shortly afterwards, the gridlock begins.

“When the Presidential Task Team was here, you could always see a body on the ground to call. Now, there is none”, Majowa explained.

In response to the call on the ANLCA President and the FRSC boss to intervene, Mr. Iju Tony Nwabunike lamented that the type gridlock in the Apapa in recent times, has never been as bad. He said that the solution will come in tackling the problem from the foundation.

Egbayelo who gave the advice on Thursday in Lagos noted that the electronic call-up structure was not working and needed to be reviewed.

He also stressed the need to eradicate the network of corruption due to traffic management mechanisms.

He also observed that due to the gridlock on Apapa road, truck drivers now resort to using any available space for convenience.

Herbert Wigwe is African Banker of the year for the second...