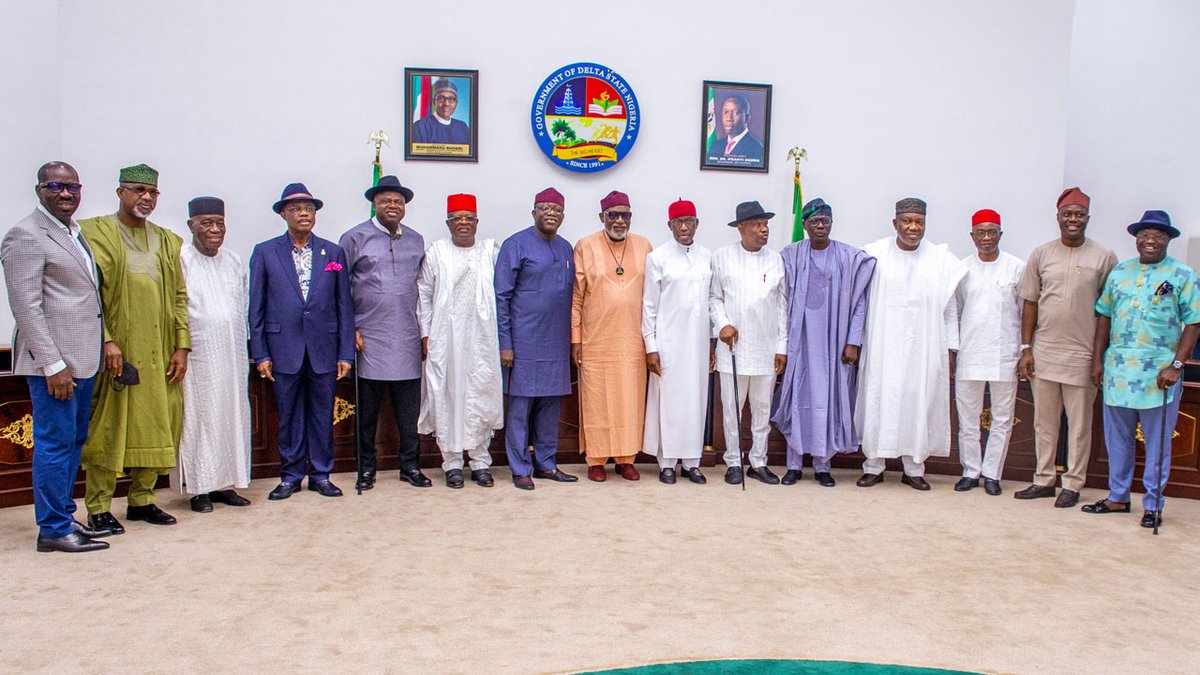 The Northern Elders’ Forum (NEF) has accused southern governors of building “ethnic monsters” in a bid to whip up sentiments in the country.

Two weeks ago, governors of the 17 southern states had met in Asaba, Delta state capital, to discuss the state of the nation.

After the meeting, the governors called on President Muhammadu Buhari to be fairer in political appointments, convene a national dialogue, embrace the calls for restructuring, and ban open grazing.

But their resolutions were criticised by some leaders from the north, including Senate President Ahmad Lawan and Yahaya Bello, governor of Kogi state.

In a statement on Tuesday, Hakeem Baba-Ahmed, spokesperson of NEF, said the resolutions by the southern governors is an attempt to split the north and subject its people to humiliation and attacks.

“It is now clear that elected people who swore to protect the constitution and protect the unity and integrity of Nigeria have decided to surrender to deeply divisive or outrightly irredentist and secessionist tendencies and movements,” Baba-Ahmed said.

“Governors are building ethnic monsters and hiding behind them to whip up sentiments in a crude attempt to extract concessions no one is in a position to give or guarantee. A desperate but futile attempt is being made to split the North along lines that suit people who ignore its complexities and plurality when it is convenient to lump all Northerners and submit them to humiliation or attacks.

“In the South East, governors are yielding their political turf and mandates to secessionists, criminals and subversives who think they can exterminate federal presence and northerners from the region, and achieve dubious political goals related to 2023, or break away from the country.

“In the South West, elected leaders and pampered ethnic bullies are closing ranks to provide a front that apes the do-what-we-want-or-we-leave-the-country strategy of the marginalised leaders of the South East.

“The South South is squeezed between fear and uncertainty, and its leaders are gambling that they can benefit from further weakening the federal administration and the North if it rides along with the rest of the South.

“The forum supports a citizen-driven national dialogue and a campaign to get the government to accord its outcome the respect it deserves.

“For the record, the Forum restates its support for a programmed transition that will eliminate open grazing and the establishment of productive, safe and sustainable options in managing our huge national asset in animal husbandry.

“This cannot be achieved with threats and harassment, but with commitment and collaboration involving all governments and stakeholders.”

The forum also asked President Muhammadu Buhari to protect the nation’s territorial integrity and secure its citizens, or accept that he is incapable of leading the nation.

Keyamo: ‘It is extremely laughable’ – no law against Matawalle’s defection