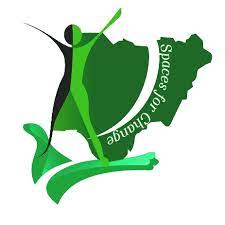 A civil society, Space For Change (S4C), has strongly condemned Inspector General of Police, Ag. IGP Usman Baba, over authorizing security operatives to use maximum force during their policing operations in the region.

They also said the rising insecurity and deteriorating human rights situation across the country, especially in south-east region unacceptable.

In a press statement made available to The Moment Nigeria, Executive Director of the group, Ms. Victoria Ibezim-Ohaeri, said that they are particularly concerned, are the repeated attacks on security institutions by ‘‘unknown gunmen’’ and, the reprisal attacks on local populations resulting in numerous fatalities.

“Nothing inflames the charged atmosphere in the region more than the recent shoot-on-sight order by the Police boss and this method of coercive policing not only violates all known democratic norms but also manifests the disproportionate use of deadly force and violence against unarmed civilians by security agents.

“We hereby reiterate that every citizen has the right to life, dignity, personal liberty, peaceful assembly and the freedom to participate in public life without persecution as guaranteed under Sections 33, 34, 35 and, 40 of the 1999 Constitution of the Federal Republic of Nigeria (as amended). As such, while strongly condemning the senseless spates of attacks against security agencies in the southeast region, we also call on the government of Nigeria to fulfill its vital obligation to secure the lives and property of citizens,” she lamented.

The S4S boss urged the IG to immediately rescind the shoot on sight order and put an end to the use of force and violence against unarmed civilians in the region.

“Halt the indiscriminate and unlawful arrests, kidnappings, and unfounded criminalisation of innocent citizens and university students in Imo State by security operatives. Caution law enforcement officers against the securitisation of lawful gatherings as in the case where security operatives on Sunday, May 30th, 2021 raided a church along Owerri Road, Enugu State, and marched away 54 churchgoers to the police headquarters in the state for ‘‘gathering unlawfully’’.

“Ensure the immediate release of all persons arbitrarily arrested and detained without proof as ‘‘hoodlums and gunmen.

“Bring all perpetrators of horrific assaults against security operatives and, innocent citizens to justice. Urgently convene a national security summit to initiate a constructive dialogue with all stakeholders and aggrieved persons to put an end to the widespread insecurity in the southeast and other parts of the country,” she advised.