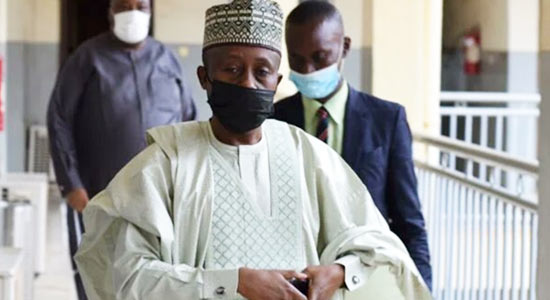 Lawan was the chairman of the house of representatives ad hoc committee probing the multi-billion naira fuel subsidy fraud in 2012.

He was accused of demanding $3 million from Femi Otedola to remove Zenon Petroleum and Gas Limited (Otedola’s company) from the list of oil companies allegedly involved in the fuel subsidy fraud in 2012.

Lawan, who was arraigned on seven counts of bribery by the Independent Corrupt Practices Commission (ICPC), was alleged to have collected $500,000 bribe from Otedola.

The charge was later amended to three counts.

Otedola, while giving evidence as to the fifth prosecution witness, said the defendant had demanded $3 million from him with a threat to indict his company.

The businessman said he proceeded to report the issue to the DSS and was given $500,000 in marked notes. Also, the DSS had planted a camera in Otedola’s house.