Home Entertainment Eucharia Anunobi: As a child, my dad felt I was useless 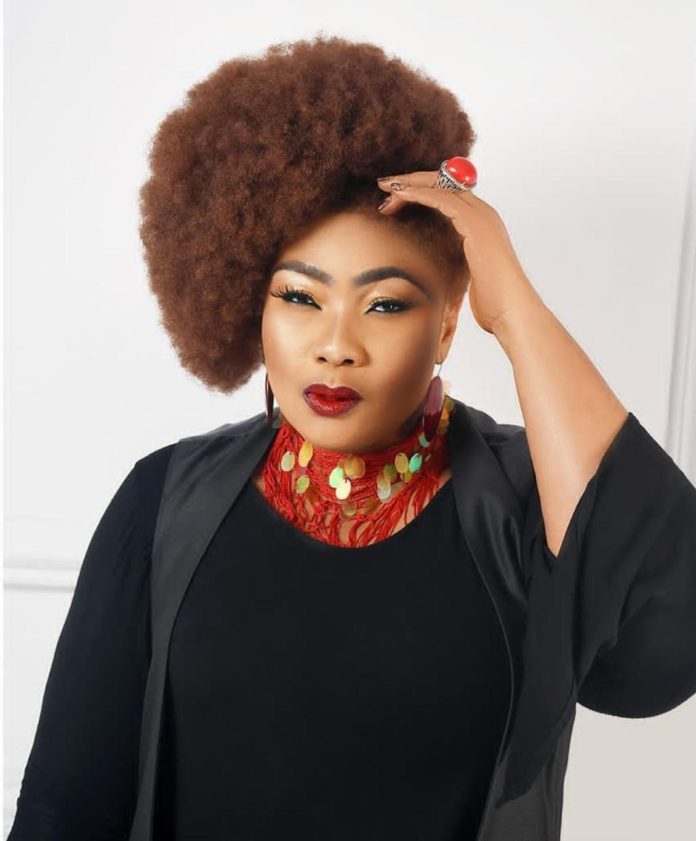 Eucharia Anunobi has revealed that her father refused to sponsor her up to university because he felt the “girl child was useless.”

The Nollywood actress brought this revelation to light via her Instagram page while celebrating her recently acquired doctorate degree.

The film star said her dad refused to train her after high school because he believed it “was pointless since the female gender can’t carry his name anywhere.”

“Just look at the girl, whose rich father refused to train after high school, that he had no need for a girl child. That the female gender is useless to him and can’t carry his name anywhere,” the actress wrote in part.

“That he rather concentrate and train the male children to any level of education that they desire. And this girl child struggled all by herself and is a model, a former beauty queen, a famous superstar actress, a preacher.

“And now that girl is a Ph.D. holder in Christian Education and Ministerial Arts. And she has engraved her father’s name on the map of the world, still carving it, and will keep carving it until the return of Jesus Christ.”

The film star didn’t, however, reveal how she ended up acquiring tertiary education despite the odds she initially faced.

Born in Owerri, Imo state, Eucharia had, after secondary education, proceeded to the Institute of Management Technology (IMT), Enugu where she graduated with a national diploma in Mass Communication.

She also holds a Bachelor of Arts degree after studying the English Language at the University of Nigeria, Nsukka.

Eucharia came into the limelight for her role in the movie series ‘Glamour Girls’ in 1994. She has gone on to star in hundreds of movies including ‘Abuja Connection’ and ‘Letters to a Stranger’.

I have been sexually harassed in Nollywood -Anee Icha

MultiChoice Talent Factory kicks off the year with acting for camera...