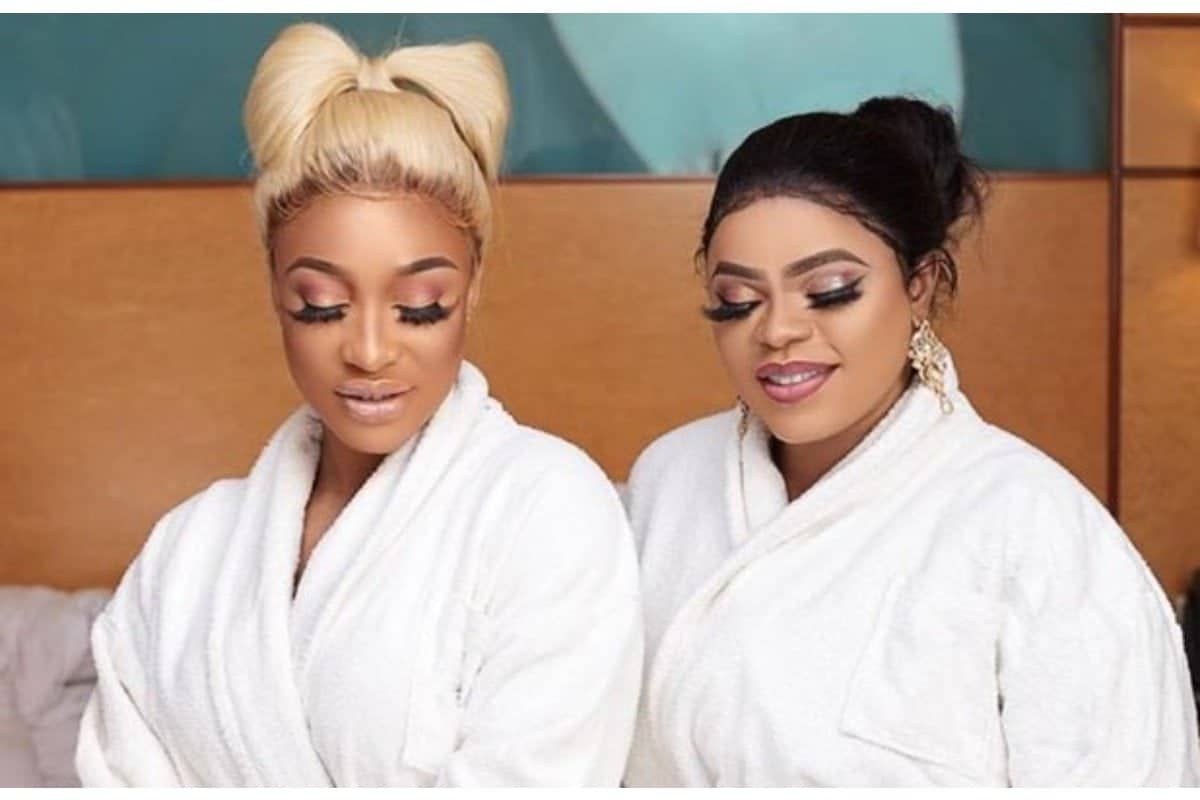 Jealous? How? Aunty, pay your debt. You owe someone and you still fight with the person. Fear God, Aunty Born again that smokes hemp in a corner.

He made this statement while shading the equally controversial actress on Instagram.

Tonto and Bobrisky made headlines earlier this year after the latter blocked her on Instagram for unfollowing him.

This action led to a strain in their interesting friendship, which lasted six years.

Tonto posted a quote on her Instagram page which read, “A jealous demon may appear as a supportive angel. Be watchful”, which she simply captioned, “Be guarded, my people.”

However, Bobrisky appeared to have taken offence with the post as he accused the mother-of-one of owing him N5m.

He wrote, “Jealous? How? Aunty, pay your debt. You owe someone and you still fight with the person. Fear God, Aunty Born again that smokes hemp in a corner.”

“Some people are born to be wicked. How can you hold my #5million and still throw shades at me? Don’t cross the line, Aunty. Keep living your fake life.”

He also threatened not to go easy with Ms Tonto if she crossed her path again.

He subtly warned anyone who attempts to preach peace over the issue to steer clear of him.

The controversial duo were once inseparable friends, who once claimed that only death can separate them.

In August 2020, Tonto was absent at Bobrisky’s secret 29th birthday party in Lagos, but she celebrated the crossdresser on Instagram.

However, fans began to notice that they were slowly drifting apart after it was discovered that Bobrisky failed to intervene or take sides with Tonto when she had a legal tussle with her ex-husband, Mr Churchill.

Bobrisky’s curious silence sparked curiosity among admirers of their friendship.

In retaliation, Tonto kept mum when the crossdresser had scores to settle with an aphrodisiac seller, Miwa.

Bobrisky then claimed that they drifted apart after Tonto saw a video of him (Bobrisky) spraying wads of Naira on Tonto’s friend-turned-enemy, Lady Golfer, at an event.

He said it would be a ‘dumb shit’ to ignore Lady Golfer’s nice manner of approach at the event because the latter had animosity against her friend.

Tonto and Bobrisky were last spotted together in public during their Dubai getaway in November 2019.

MultiChoice announces call for applications for the 2022 MTF Academy

Western wouldn’t have brought religion to Africa if…, says Ugezu