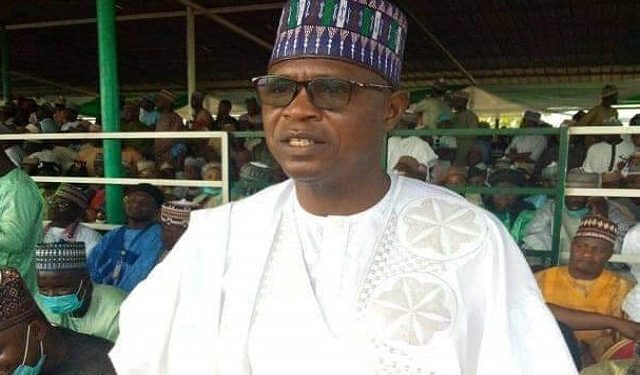 The governor noted that Hon. Muhammad was with him yesterday throughout in the preparations ahead of his exit from the PDP to the APC and making his own valuable contributions towards a successful event, not knowing he was carrying out his final assignments in this world.

The Shattiman Sakkwato had also joined hundreds of other mourners for the Janaza prayer of the deceased which was held at the Sheik Umar Kanoma Jum’at Mosque along Sokoto by-pass Road, Gusau this morning and also escorted the remains of the deceased to where it was buried at Mussallah Eid Cemetery, Gusau according to the Islamic rites.

In his condolence message to the deceased family, Matawalle said his death is a lost to him, his government and the entire state and prayed Almighty Allah to accept his Shahadat and give his immediate family the fortitude to bear the loss

The late Hon. Muhammad G. Ahmad who was Chairman of the House Committee on Appropriation was killed by unknown gunmen who attacked his vehicle near ‘Yankara village of Katsina state while on his way escorting his son to board a flight to Sudan where he is studying.