Home Entertainment Joeboy Speaks on the effects of drug abuse 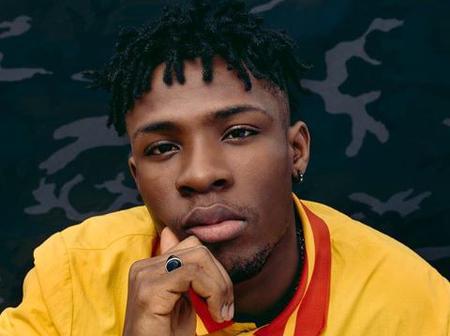 As reports from the United Nations Office on Drug and Crime (UNODC) reveal that there are about 14.3 million drug users in Nigeria.

Celebrity artist and “Nobody” crooner Joseph Akinwale Akinfenwa popularly known as Joeboy, joined a host of notable personalities to lend his voice on the adverse effects of substance abuse during the MTN Anti-Substance Abuse Programme (ASAP).

The event, a brainchild of MTN Foundation, is held annually in commemoration of the World Drug Day an47d was themed “Share Facts on Drugs. Save Lives.”

The Bariga-bred artiste spoke on a number of issues relating to the reasons young Nigerians take solace in drugs and substance abuse. According to him, he noted that “most young people see drugs as a means to escape from their problems.” While this appears to be true, he explained that the relief obtained from the abuse of substances is only temporary as they will still need to address their diverse challenges.

Responding to the question of how he handles his friends and colleagues who do drugs, the ‘empawa `Africa artiste’ stated that condemning those already addicted to the intake of drugs is a wrong approach. Rather, he suggested that the act of drug abuse should be condemned and not the persons involved.

His stance on how best to deal with the issue of drug addiction was highlighted when he said, “Condemning the people doing drugs is going to be a wrong approach because you are just going to make them defensive about their situation.”

Riding on the backdrop of proffering workable solutions to those already addicted, he noted that the best way to help young people out of their drug-related predicament is to extend love to them. He believes reaching out to them in love will achieve more impact as they would be more receptive to the message.

In his words: “I think when you are trying to help people out of drug abuse, you have to help them in love. This will help reduce the pressure on them and also gradually get them withdrawn from substance abuse.”

Speaking on the coping mechanisms that could be adopted to deal with the urge of drug abuse, Joeboy admonished young people to get themselves distracted and to also confide in trusted persons.

“Getting your mind busy and being accountable to a person leads to a paradigm mental shift in a drug abuser. Sharing how he copes with his own pressures, he said, “I work out and there are trusted people I speak to. This helps me with my anxiety issues and it strengthens my resolve to never resort to drugs.”

It is essential to note that ASAP is a multi-stakeholder intervention spearheaded by MTN Foundation to deliver interventions that contribute to the significant reduction in the rate of drug abuse among Nigerian youths. Hence, it is a strategic effort by MTN Nigeria to address growing concerns around the abuse of controlled substances by Nigerian youths across various age groups.