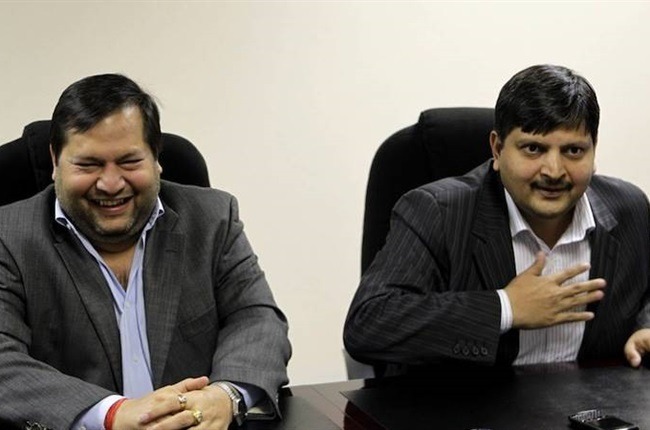 The Gupta brothers who own African Industries Group in Nigeria have been declared wanted by Interpol for defrauding South Africa.

African Industries Group, a Nigerian manufacturer of Iron rods, billets, nails, and steel products, received glorious encomium from the federal government when they announced investment into the Nigerian steel industry.

The Buhari regime in October 2020, praised the businessmen for citing a new $1.5 billion steel plant in Kaduna state, saying it may lead to Nigeria’s industrial breakthrough.

“Your partnership with us as government means we are very much on the side to meet the aspiration of industrialising Nigeria,” Nigeria’s Minister of Finance, Budget and National Planning, Zainab Ahmed, had said to the Gupta brothers.

But in a statement on Monday, South Africa’s National Prosecuting Authority (NPA) disclosed that Interpol issued red notices for Atul and Rajesh Gupta wanted in connection with corruption allegations.

Red notices are a global alert that allows law enforcement to locate and arrest a person pending extradition, surrender, or similar legal action.

The notices were issued to the Indian-born brothers, their wives, and four other associates, Hermione Cronje, head of the NPA’s investigating directorate, said.

“Efforts to bring the Guptas back have intensified,” she said.

The brothers were accused of paying bribes in exchange for contracts and influence ministerial appointments, using their links with former president Jacob Zuma.

Gupta brothers had fled to the United Arab Emirates (UAE) in 2018 after Mr Zuma was ousted.

The notice comes just as the former president sought to avoid 15-month jail term jail for contempt of court for failing to appear at a hearing in February.

The allegations against Mr. Zuma include that he allowed the Gupta brothers to plunder state resources and influence policy.