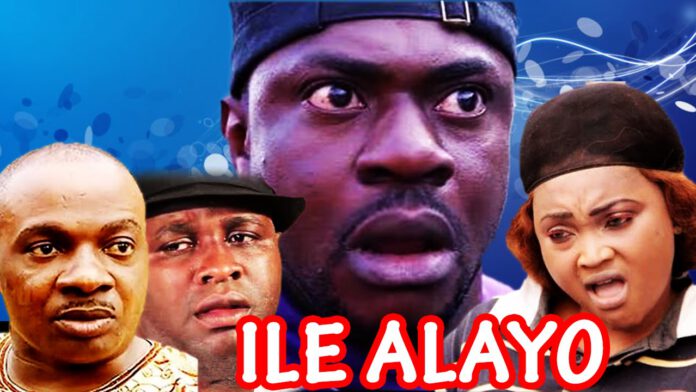 Femi Adebayo, Nollywood actor, has partnered with StarTimes for the television adaptation of ‘Ile Alayo’.

In 2013, ‘Ile Alayo’, a comic movie which was written by the seasoned actor, was released to critical acclaim.

The 43-year-old actor said the series will borrow heavily from the original storyline of the movie, stressing that it will center on humourous characters with conflicting behaviours.

Adebayo said ‘Ile Alayo’ will bring back more than 70 percent of the original cast, and will introduce new characters like Mr Macaroni, Woli Agba, Broda Shaggi and Lateef Adedimeji.

“Some years ago we produced ‘Ile Alayo’ as a home video, and when we ended it, there have been a great demand for ‘Ile Alayo’ to come back majorly as a series,” he said.

“When the opportunity from our association TAMPAN to synergise with StarTimes showed up, we gave it a shot, and after so much consideration by the company they felt it was good enough to bring on board as a series.

“Ile Alayo has so many comedians. The concept is about a “face me and face you” house where we have so many characters with conflicting behaviours and attitudes. We have a Muslim cleric, a prophet, a man that sells Indian hemp, prostitutes, retired soldier and cybercriminals.

“The essence of the series is to create a comedy that will make sense. As far as we are trying to make it humorous as possible, we also want to touch some social messages that affect our environment. ‘Ile Alayo’ is a comedy flick that I know people will appreciate. I can assure that the sponsors will get value for what they have invested.”

On his part, Alex Jian, the chief executive officer of StarTimes, said the partnership comes as a result of the company’s desire to satisfy the growing demands of viewers for local content.

“Nollywood is the second largest content production center in the world, in the past 10 years, StarTimes has come to the industry in our own way, whether through content acquisition and production,” he said.

“However, when demands from our audience increased, we began to realise we’re not doing enough. Yes, we are going to do more. ‘Ile Alayo’ is just a start.

“In the near future, more Nollywood artistes and professionals will bring more exciting local content to the screen of our viewers. We are also open to business opportunities and partnership with brands and enterprises.”

BBNaija: Pere emerge Head of House for this week