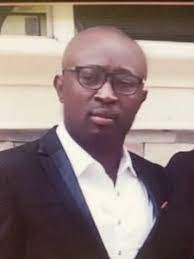 The National Drug Law and Enforcement Agency (NDLEA) has intercepted a consignment of heroin worth N6.5 billion at Murtala Mohammed International Airport (MMIA) in Lagos.

In a statement released on Sunday, Femi Babafemi, NDLEA director of media and advocacy, said the intercepted substance weighs 26.150 kilogrammes.

Babafemi said the illicit drugs arrived Lagos in 25 parcels from South Africa through an Air Peace Airline flight on June 30.

He said the suspect was detained for screening after NDLEA operatives were suspicious of the content of the consignment.

The director explained that a follow-up operation was carried out by the narcotic officers who trailed the driver and clearing agent assigned to deliver the consignment.

He said the substance was delivered to an alleged drug baron identified as Tony Chidi Onwurolu at No. 132 Lateef Adegboyega Street, off Ago palace in Okota, Lagos.

He said the suspect fled his home before the arrival of the security operatives.

He added that the operatives were able to recover a number of documents to establish his true identity.

According to the statement, Mohammed Marwa, NDLEA executive chairman, had directed that the suspect be declared wanted and his details should be submitted to Interpol for tracking across the world.

He said the agency’s directorate of assets and financial investigations and the directorate of intelligence have been directed to deploy their networks to fast-track the arrest of Onwurolu.

UK not too interested about Nnamdi Kanu’s case, says lawyer