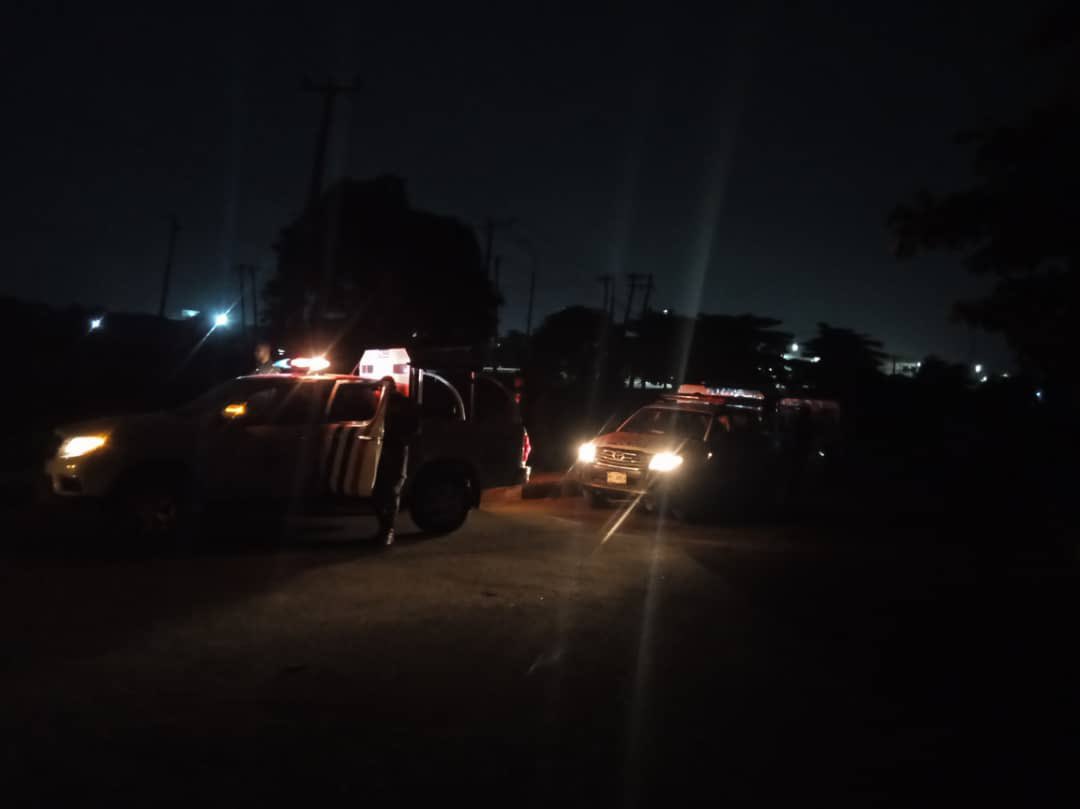 Remember that in January 2021, the State’s Commissioner for Energy and Mineral Resources, Eng. Olalere Odusote, announced that the State had reached an agreement with LEDCo Limited to execute a Streetlight Infrastructure Agreement for the conversion of existing conventional High-Pressure Sodium (HPS) streetlight installations across the State to Smart Light Emitting Diode (“Smart LED”) lights under what he dubbed the “Smart LED” program.

The commissioner also revealed that the full implementation of the Streetlight Retrofit Project will take six months, with a June 2021 deadline for completion.

According to him, the project will be handled by the Lagos State Electricity Board under the direct supervision and control of the Ministry of Energy and Mineral Resources.

However, observations by Thepledge as of July 8 show that major roads in the state are still without functioning street lights, with the exception of Airport Road and the Motorways end of the Lagos Ibadan Expressway.

Residents and motorists claim that this development has facilitated accidents and a rise in crime, particularly traffic robbery, in numerous regions of the state, with many people becoming victims.

According to a top official in the Ministry of Energy and Mineral Resources, the project barely began two months ago (in May) and was flagged off from the island, with assurances that it would reach the mainland by July.

“if you recall during the ministerial briefing last month, the Commissioner for Energy and Mineral Resources said that the street light project has commenced and that by July ending, the streets of Lagos will be lit.

“Right now the project is in progress and at Lekki-Epe Toll Gate, it is already 80 percent completion. But for the rains, it should have been completed. From Lekki the project will move to the Island before it gets to the mainland.

On why the project only took off in May rather than in January, the official said, “Well, the project is a Public Private Partnership (PPP) and it will involve perfecting some paper works and this could take some time to achieve, coupled with a few unforeseen and unplanned challenges.”

However, while Lagosians wait for the streetlights to turn on, they will have to deal with an increase in traffic robberies.

According to the findings of the pledge, among of the city’s gloomy places include Eko Bridge, Third Mainland Bridge, Oshodi, Mile 2, Ketu, Abule Egba, and Long Bridge, among others.

Some drivers who spoke with our correspondent said that travelling in traffic has turned into their worst nightmare due to the nefarious actions of hoodlums, traffic robbers who take advantage of jams to smash windows and steal valuables from drivers and passengers.

“These days, whenever you find yourself in traffic, whether day or night, your heart begins pounding because you simply get this sensation that these boys might come out of nowhere and harass you, collect your stuff, and walk away freely like it’s a normal thing,” Tony Adekanye told Thepledge.

Memunat Salau, who recently witnessed an event, said the horror has stayed with her, particularly while traveling late at night.

“I used to think Lagos was safe, but it’s been awful for the past two months, especially at night. Last two weeks, I observed an occurrence at Ketu that felt like something out of a movie. Three young men in their early twenties appeared out of nowhere and began harassing private vehicles. They usually have a good idea of who they’re going after. Following that occurrence, whenever I encounter traffic late at night, I place my phone beneath my seat and silently pray that these evil lads will not appear out of nowhere to begin their operation,” Mrs Salau explained.

The US Consulate in Lagos had raised the alarm in April about the rise in crime in Lagos, stating that armed robberies and smash-and-grabs had grown dramatically in both Ikoyi and Victoria Island.

“Typically, males on a motorcycle will follow a car until it stops at a traffic signal or intersection, then approach the vehicle, present a firearm, and rob the occupants,” the statement from the Consulate office explained.

“Although the majority of these occurrences occur at night, the United States Consulate General in Lagos has received reports of robberies occurring during the day.”

While providing recommendations on how to avoid becoming a victim of such an incident, the US Consulate General warned citizens against traveling across that axis at night, especially after 10 p.m.

However, the Lagos State Commissioner of Police, CP Hakeem Odumosu, has reassured Lagosians that traffic robbery will soon be a thing of the past, as the State Police Command has mobilized all of its people and material resources to combat the scourge.

From March 2021 till the present, Odumosu reported the arrest of at least 127 suspected traffic robbers in various areas around Lagos State.

He stated that the command has been relentlessly fighting robbery in traffic, even before the Lagos State Government recently donated crime-fighting equipment and communication devices to the command; and that the fight against the menace will be intensified and more effective with the new equipment.

Similarly, the command’s police chief has ordered constant combat training, musketry, and range practice for the command’s officers, as well as the training of police operatives assigned to the newly constituted Anti Traffic Robbery Squad to confront the threat of robbery in traffic in Lagos State.