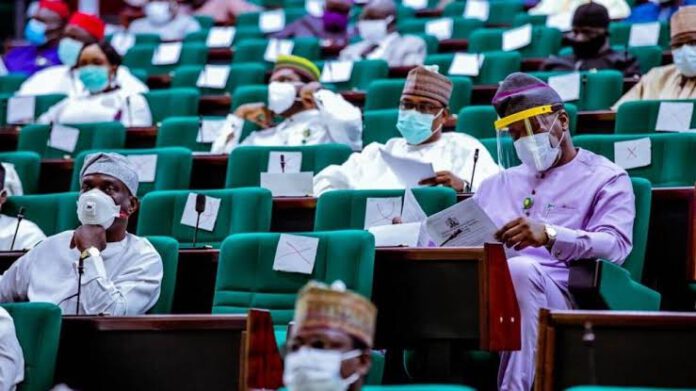 The Nigerian House of Representatives’ Committee on Public Petitions and the Department of Petroleum Resources (DPR) are on collision course over Dawes Island marginal field lost by Eurafric for holding the national asset without production and making it unviable for seventeen years.

The Minister of Petroleum Resource through the Department of Petroleum Resources (DPR), a regulator empowered by law, awarded the field to Petralon 54 Limited and its partners during the last bid round, a decision that was countered by Eurafric through a petition to the House Committee on Petition.

The DPR had revoked the licences of 11 marginal field operators for non-performance, including Dawes island marginal field located in OPL2006, Okrika, Rivers State. DPR justified the revocation of the field licence on the ground that “Dawes Island marginal field was operated by Euroafric energy Limited for over 16yeats without significant progress to attain full production and failure to submit field development plan for the asset

According to the DPR Director, Mr. Sarki Auwalu, the decision was taken in the best interest of the nation. The House of Representatives’ Committee on Public Petitions was, however, quoted to have reversed the DPR’s award of Dawes Island marginal field to Petralon 54 Limited and its partners, arguing that the action did not comply with the principles of equity and fair principles even when available information suggests that Eurafric had not financial or material investment in the assets development, leading to non-performance.

According to the committee, the three companies should benefit from any re-award of the asset, which it said should be restored to pre-revocation status in the interest of equity and national interest. It alleged that there was an ulterior motive in re-awarding the licence to Petralon 54 alone, when abinitio, Eurafric and Tako, Petralon 54 were supposed to be punished for the same offence.

Even though, the Committee on Public Petitions is yet to present its report on the matter, the media is already saturated with the news on the revocation by the House Committee.  However, Oil and gas experts declared that the House of Representatives lacked the power to reverse oilfields’ Award done by the regulator.

Immediate past Chairman, Society of Petroleum Engineers, Engineer Joe Nwakwe, said that there is a clear distinction between regulation and governance, calling for caution in a bit not to send a wrong signal to investors because of interference with regulation.

“I have not seen the comment by the House of Reps, what I suspect is that they may be pointing the DPR attention to the Court case over the matter. But it is clear that the Petroleum Act gives the power to award and revoke oil blocks to the Minister of Petroleum Resources and that power has been delegated to the DPR in this matter,” he said.

His view was corroborated by Adebayo Alamutu who maintained that the House of Representatives Committee on Petition may be doing more harm to the nation’s economy and reputation before the investors with its usurpation of power that does not belong to it.

“First, there is no controversy in this matter. The minister has delegated the power to award and revoke oil block to the DPR, which is the regulator. The DPR on the other hand has said that it revoked the Dawes oilfields from Eurafric, Tako and Petralon 54 JV over lack of competence and needless rendering the national assets unproductive for many years.

“Now it has, in the best interest of the country, awarded the oilfield to a company, it considered competent to make the field viable by generating revenues for Nigeria, and the House of Representatives will now reverse this?

“It is not only against the dictates of the petroleum act, it is against development. It is so dangerous to what we preach as a country on division of power. It will be so scary for the investors,” he said.

Marginal fields are smaller oil blocks typically developed by indigenous companies and have remained unproduced for a period of over 10 years.
At the presentation of letters to the winners, DPR Director, Mr. Sarki Auwalu, stated that a total of 591 firms submitted expression of interest forms, out of which 540 were pre-qualified, while 482 were bids submitted by 405 applicants.

He said: “In the end, 161 companies were shortlisted as potential awardees, out of which 50 per cent has met all conditions and therefore eligible for awards today. We are set to ensure opportunities are extended to other deserving applicants to fill the gap.

“The DPR is not just a regulator, we are an opportunity house. We drive creativity and transformation and we use these in all of our activities. This is done in the overriding national interest.”

According to the DPR, the decision was in the best interest of the nation. It is expected that with the re-award to Petralon 54, the company may be able to salvage the $30 million its invested in the Dawes Island marginal oilfields prior to the licence revocation. This is because the investment by Petralon 54, which constitutes 90% investment in the field, was the only major investment in absolute terms on the assets before its revocation.

The regulatory agency argued that the expenses were borne on sole-risk basis, and thus a loss to the companies, arguing that the revocation and re-award was done in the nation’s interest and claiming that the decision to award the licence to Petralon 54 alone was based on a 2018 petition from Petralon 54 against Eurafric.

However, the lawmakers stated that none of the parties notified Eurafric of the said petition or requested a defense from the company before acting on it.