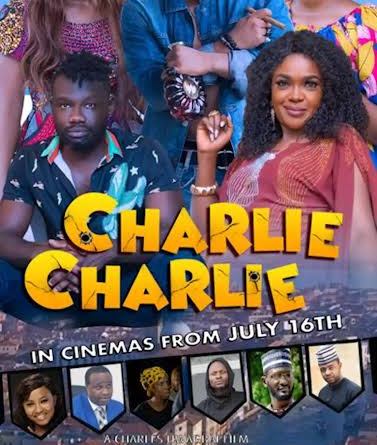 ‘Charlie Charlie,’ a movie addressing human trafficking and money laundering, is set to hit the cinemas across Nigeria on July 16.

The movie’s eventual release is coming days after it had its private screening at the PEFTI Film Institute in Lagos state.

Kofi is accidentally caught in the web of human trafficking and money laundering operations running from Nigeria through Ghana, Morocco to Europe.

Their mistaken identity puts a dent in the cartel business, causing the cartel loss of money.

Commenting on the project, Uwagbai said the movie is aimed at sensitising Africans on the dangers of being desperate to travel abroad.

“Charlie Charlie’ is a film about money laundering, human trafficking and the people involved in it. A lot of people just wake up and say they’re going abroad without getting the full details of things to expect while on the road,” he said.

“The human trafficking industry is quite huge and widespread and every voice against it is a step in the right direction. It’s meant to make an impact, even if it means educating people out there that it’s dangerous going this way. The movie is a comedy, thriller and an action drama too.”