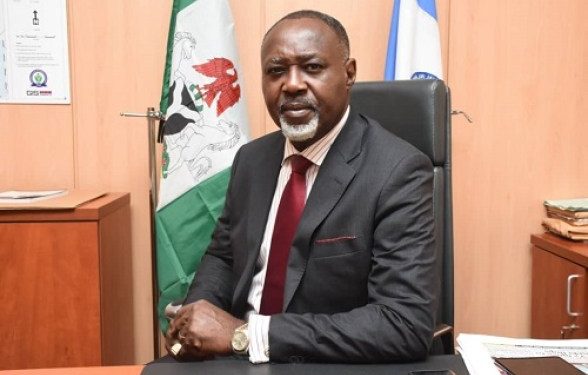 George Moghalu, an aspirant in the forthcoming Anambra governorship election, has instituted a suit against the All Progressives Congress (APC) for allegedly failing to conduct a valid primary election.

He also demanded the sum of N122.5 million as damages from the APC as a refund for the expression of interest and nomination forms fee, with N100 as “exemplary and general damages for the breach of contract to commence and conclude primary election”.

The Independent National Electoral Commission (INEC) had on Friday picked Andy Uba, winner of the controversial APC primary election, as the party’s candidate.

In a suit filed before a federal high court in Abuja, Moghalu wants an order removing Uba and the APC from the list of gubernatorial candidates and political parties partaking in the Anambra governorship election.

In the affidavit in support of the suit, the plaintiff said the APC failed to conclude the selection and nomination process for its candidate for the November 6 governorship poll.

He said the APC had chosen to adopt direct primary, which is why the party published the list of designated venues for the exercise.

Moghalu said the party received N22.5 million for the expression of interest form and nomination form, including from him, “to allow him to participate in the primary election exercise”.

He further said he was informed a day before the primaries that the APC electoral committee would address all aspirants and stakeholders in Akwa.

“Shockingly, on June 26, 2021, the said election committee was not seen anywhere in Anambra; no accreditation of voters took place; no voting and collation of votes occurred in all the 326 wards of Anambra state,” he said.

He said the committee “announced election results it did not conduct, and which fakery was credited to the third defendant as the winner of the primary election scheduled for emergence as APC’s candidate in the November 6 governorship election in Anambra state”.

Moghalu also argued that the party did not invite the INEC in line with the law requiring the commission to monitor the exercise.

2023: Tinubu has our support -Igbo Group in Lagos

‘Sanwo-Olu has done nothing, his achievement imaginary’