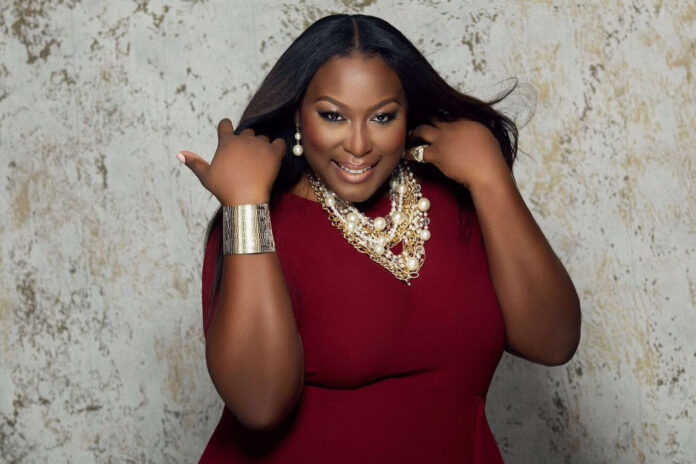 Bikiya Graham-Douglas’s character in Africa Magic telenovela, ‘Battleground’ is arguably one of the fan-favourites on the show for her multi-layered personality.

Interestingly, before getting cast as the Hausa character, the actress knew little to nothing about the language or the culture.

In a recent interview, Bikiya revealed that she had to intensely study elite Northern women and learn a few Hausa words to deliver the character Hadiza.

“I was excited when I got cast to play Hadiza Bako. The thing is when you get cast for a telenovela like ‘Battleground’, you don’t really know where your story is going to go or what is going to happen,” the stunning actress said.

“But, then I met this amazing character that had so many layers to her and she was from the North. So, I put in the work.

“I was like if we are going to do this, then let’s make it convincing. So I started reading up about their lifestyle, mannerism, temperament and accent. I tried to learn a few Hausa words. I was listening to Northern educated women speak and one day, bang! She came!”

Speaking on the character, the AMVCA winning actress disclosed how fortunate she felt playing such a multifaceted character.

“I was very fortunate with the way the writers wrote this character. They always gave me so much, always challenged me. And when you are enjoying playing a character, it’s going to show and the audience is going to love it.”

Bikiya’s Nollywood journey is probably just as intriguing as her character in ‘Battleground’. The actress who has been acting for 12 years shared how she originally wanted to become a singer before acting found its way into her life.

“Acting never really gave me the choice to choose it or not to choose it. It just came into my life and was like you know what? I’m going to be here now and you are going to touch people’s lives by being an actress and that’s why I’m here.