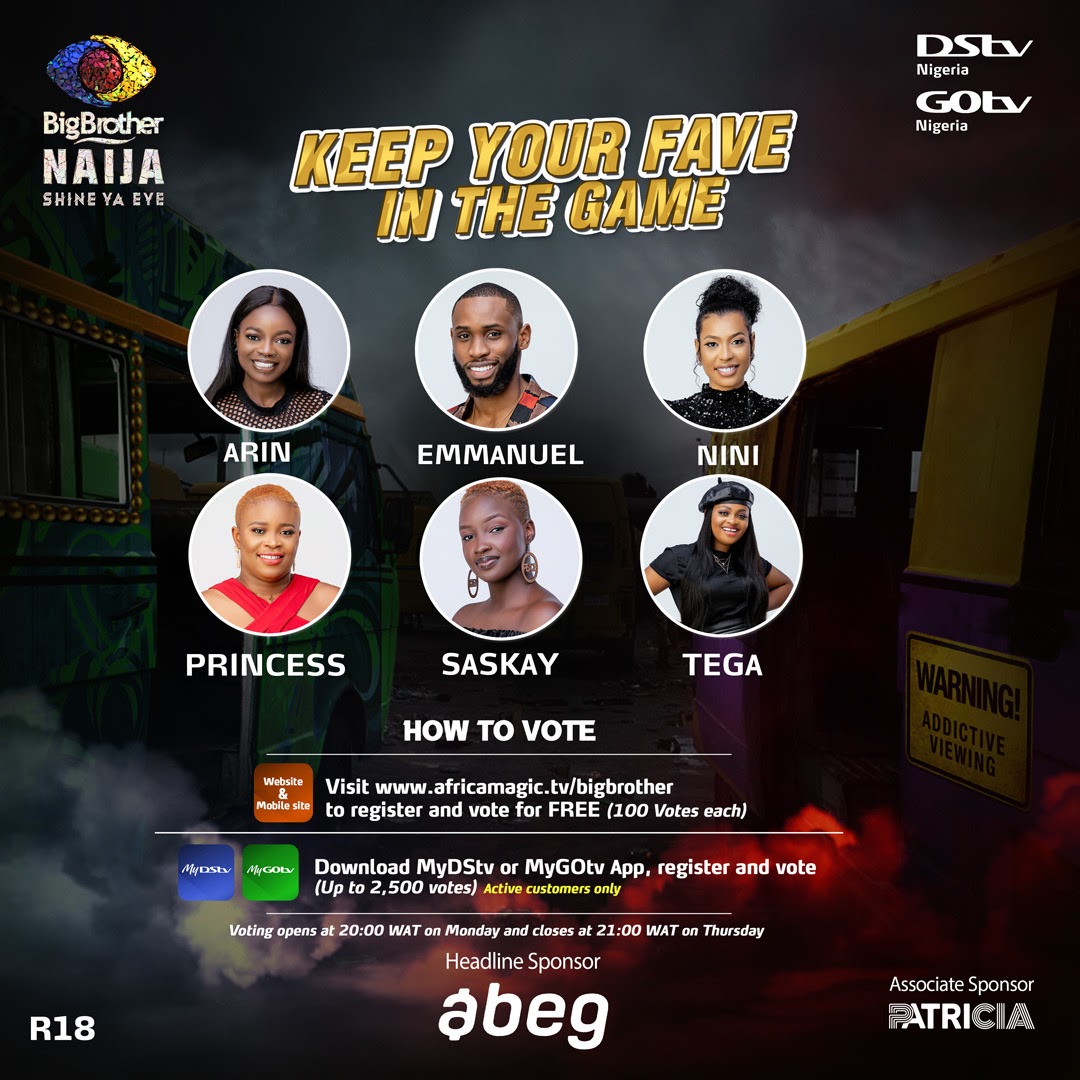 After Big Brother’s unexpected twists yesterday, fans expected him to continue on that trajectory, and he didn’t disappoint.

He exempted the newly admitted housemates, Michael, KayVee, JMK, and Queen, from playing the Head of House game of chance and nominations on Monday night. The freshly crowned Head of house, Pere, was also immune from nominations as the housemates got to nominate two people each for possible eviction next week.

At the end of the process, Cross, Jackie B, Liquorose, Sammie, and Yousef did not receive nominations from their fellow housemates. Jaypaul, Maria, Peace, Boma, and Whitemoney received one nomination each from different housemates. On the other hand, Saskay and Angel received two nominations each and were technically safe.

Emmanuel, Saga, and Nini all received three nominations and were all technically up for eviction. Tega received five, Arin received seven, and Princess received eight nominations, securing their place on the chopping block.

As always, the Head of house, Pere, got to save and replace one of the nominated housemates with another. Although he seemed torn between Nini and Saga, he chose to keep Saga and replace him with Saskay. This placed her up for possible nomination alongside Emmanuel, Nini, Tega, Arin and Princess.

Big Brother also used the opportunity to address house issues like – whispering, speaking in hushed tones, and hiding words by talking through the teeth. He reminded the housemates that there are consequences for their behaviour.

See the complete tally of how the housemates nominated each other:

Jackie B – Saga and Nini

The voting lines opened Monday at 8pm and will close on Thursday, 12 August at 9 pm.

Voting will be on the Africa Magic website and via the MyDStv and MyGOtv apps. Viewers will get 100 votes on the website, and DStv and GOtv viewers with an active subscription will get even more with Awoof Voting. DStv Premium customers will get 2,500 votes; Compact Plus will have 1,500 votes.

Abeg is the headline sponsor of Big Brother Naija season 6, and the associate sponsor is Patricia.