Home Opinion ‘Rainmaker’ and ‘Ghost’, Airtel is relentless in delivering a network that works 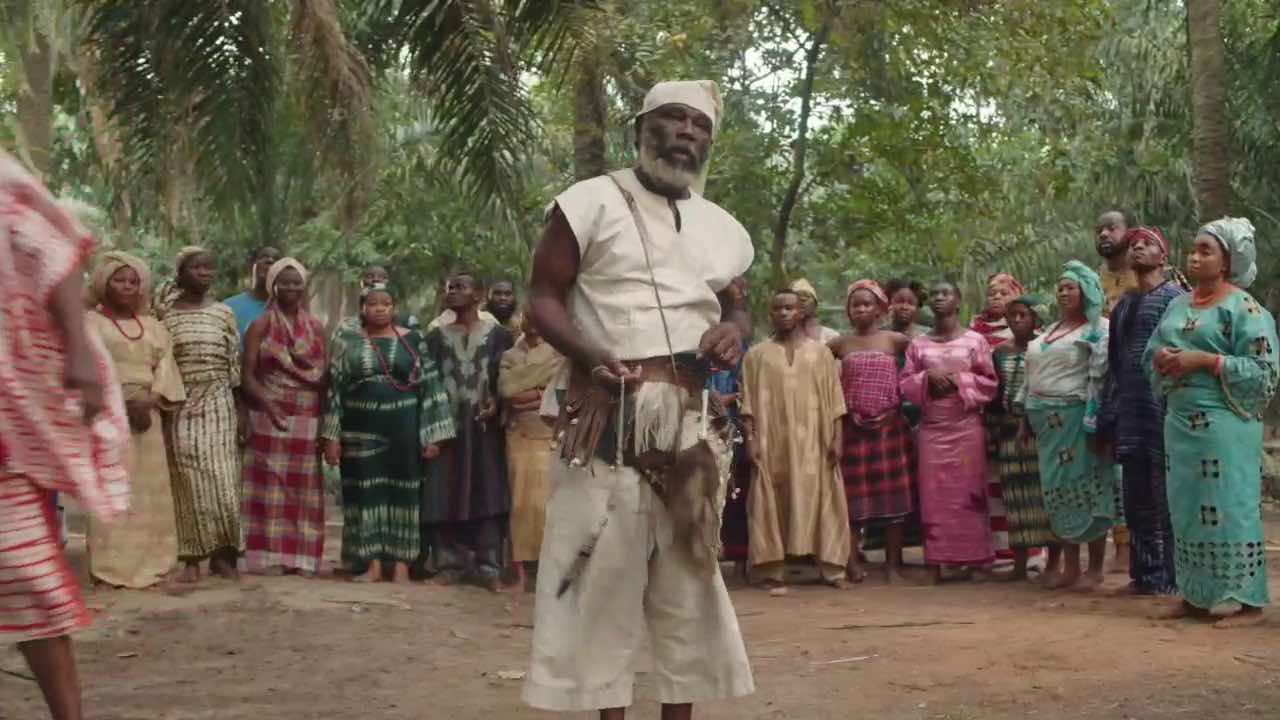 Throughout the annals of advertising and marketing, one thing that has evidently become imperative in making a mark or leaving a lasting impact is storytelling. Storytelling has become a fundamental human experience that not only evokes strong emotions but also unites people and drives deeper connections.

Today, the media is replete with commercials from renowned brands and while for the most part, many keep the audience momentarily entertained, only a handful truly leave indelible impact. In Nigeria, brands have leveraged on everyday experiences to elicit desired responses from target audiences, with some going on to become the models of excellent storytelling through their unconventional narratives. However, beyond the storytelling, what makes these stories really impactful in the minds of the audience is the brands delivering on their promise.

One brand that has consistently delivered on its promise to customers on and off screen is Airtel. Over the years, the telecommunications services provider has become synonymous with powerful storytelling with its meticulously taut stories that strike resonance with customers.

Over the past three months, Airtel has released two commercials entitled ‘Rainmaker’ and ‘Ghost’, with both sparking flurry of conversations on the internet upon release. In ‘Rainmaker’, the telco boldly reaffirms its commitment to reliable data experience with a cleverly written story that vividly depicts the frustration of having an unreliable network, whilst emphasizing the importance of superior mobile internet/data.

Starring veteran Nollywood actor, Jide Kosoko, ‘Rainmaker’ is set in a village, where a King (Kosoko), was set to host a high profile and significant traditional ceremony but needed an accomplished and revered rainmaker to ensure that rainstorm did not mar the proceedings of the event, which was to hold in an open venue with no shelter.

Popular actor and viral internet sensation, Jude Chukwuka, who starred as the rainmaker in the commercial, tried to deliver on his mandate and was able to stop the rain, causing jubilation; however, this was short-lived as the rain began pouring again, causing the crowd to disperse as everyone ran for shelter.

In a subsequent scene, the King gave the rainmaker a second chance and asked him to perform his ritual to avert another downpour. Eagerly and excitedly, the rainmaker swung his charm vigorously in a circular motion. This however failed again, as it began raining almost immediately, leaving the King in a rage with guests and delegates in hot flight for shelter.

The scene cut to another ceremony, and this time, the King sternly warned the rainmaker beforehand not to fail. Having failed yet again, with heavy lightning and thunderstorm striking, the King ordered him to be seized by guardsmen. In the final act, the rainmaker is seen building a huge shelter as punishment for his incompetence, while the satisfied King smiled on.

The commercial has since amassed close to 2 million views on YouTube, with comments ranging from admirations for the casting choice to the acting, cinematography and even soundtrack. One prevalent theme in the TVC is dependability, which Airtel effectively communicates throughout the entirety of the commercial. Viewers can draw a parallel between the more practical and reliable shelter to Airtel’s superior data, which is not only dependable but enriches life by keeping people connected.

In the subsequently released commercial dubbed ‘Ghost’, which has also been well-received by audiences, Airtel reinforces the very essence of its tagline, which audaciously states “Data is Life”.

In the riveting 90-second story, the telco strikingly depicts the woes of having unstable internet, whilst highlighting how reliable data engenders connection with those that matter.

The thrilleresque story opens with a lady waking up but finds out her partner is missing in bed, which sends her scurrying to look for him. She eventually finds him in another room and calls out; however, seemingly oblivious to her presence, the young man does not respond and instead leaves the house.

In a subsequent scene, our main character is seen leaving for work but her presence is not acknowledged by her neighbors, who are seen exchanging greetings, leaving her visibly perplexed.

Upon arriving at work, she struggles to gain entry into the building as her keycard fails to function, which prompts her to seek the attention of a security guard; however, she is yet again met with aloofness as the guard looks on without acknowledging her. However, she manages to slip into the building without anyone noticing.

The scene cuts to the lady dashing into a meeting while apologizing to her colleagues for arriving late, saying nervously, “you wouldn’t believe the day I’ve had”, but like the others, no one in the room recognizes her presence.

Upon realizing how dire the situation is, she frantically runs to the top of the office building and screams out, asking if anyone can see or hear her to no avail.

In the final scene, she is seen attending a virtual meeting with her colleagues. She is subsequently seen snuggling up to her partner, showing she is no longer invisible to those around her. The camera pans to an Airtel home broadband device in the room, which accentuates the theme of the story, connection.

While both commercials are chiefly captivating, one thing is evident; this is a company that is daring in averring its brand values. For the umpteenth time, the telco demonstrates its propensity for connecting with customers through impactful storytelling narratives, whilst reaffirming its commitment to truly providing services that enrich the lives of its customers.

As mentioned earlier, the pre-eminent factor that makes a commercial more meaningful and impactful to customers is the ability to deliver on brand promise – and Airtel has demonstrated the capacity to do so at numerous levels.

The telco claims to have the largest 4G network in Nigeria, covering over 80 cities since it was first launched in 2018. More recently, Airtel was ranked the fastest mobile operator in Q2 2021 in Nigeria, following a Speedtest report released by Ookla, a global leader in internet testing, data and analysis.

According to the report, only the top mobile operators were tested, including Airtel, MTN, Glo and 9mobile, with each being ranked based on their download and upload speeds. Analysis of the tests revealed Ookla focuses on each provider’s median speeds as they largely represent the daily experience of mobile internet users. With a customer base of over 50 million users, Airtel emerged the fastest mobile internet provider in Nigeria with a speed score of 28.82, while MTN came second with 25.78, Glo with 10.35 and 9mobile with 9.49. The report further revealed the telco also ranked second in terms of network consistency.

In another report released by umlaut, an international, full-service, cross-industry, end-to-end company that offers advisory and fulfilment services to clients globally, Airtel achieved the best-rated broadband coverage and user download speed among other mobile network operators, scoring the highest with 697 points, while MTN emerged second with 663 points, 9mobile with 591 and Glo with 486 points.

With the spellbinding ‘Rainmaker’ and ‘Ghost’ commercials, it is evident Airtel is simply reminding customers it is not going to renege on its promise to provide innovate services and products that not only work but make life easier.

Yayi: Man of style who continue to sail in controversy

Femi Adesina and his campaign of calumny against Primate Elijah Ayodele