Home Entertainment All SuperSport channels available to all DStv customers this weekend! 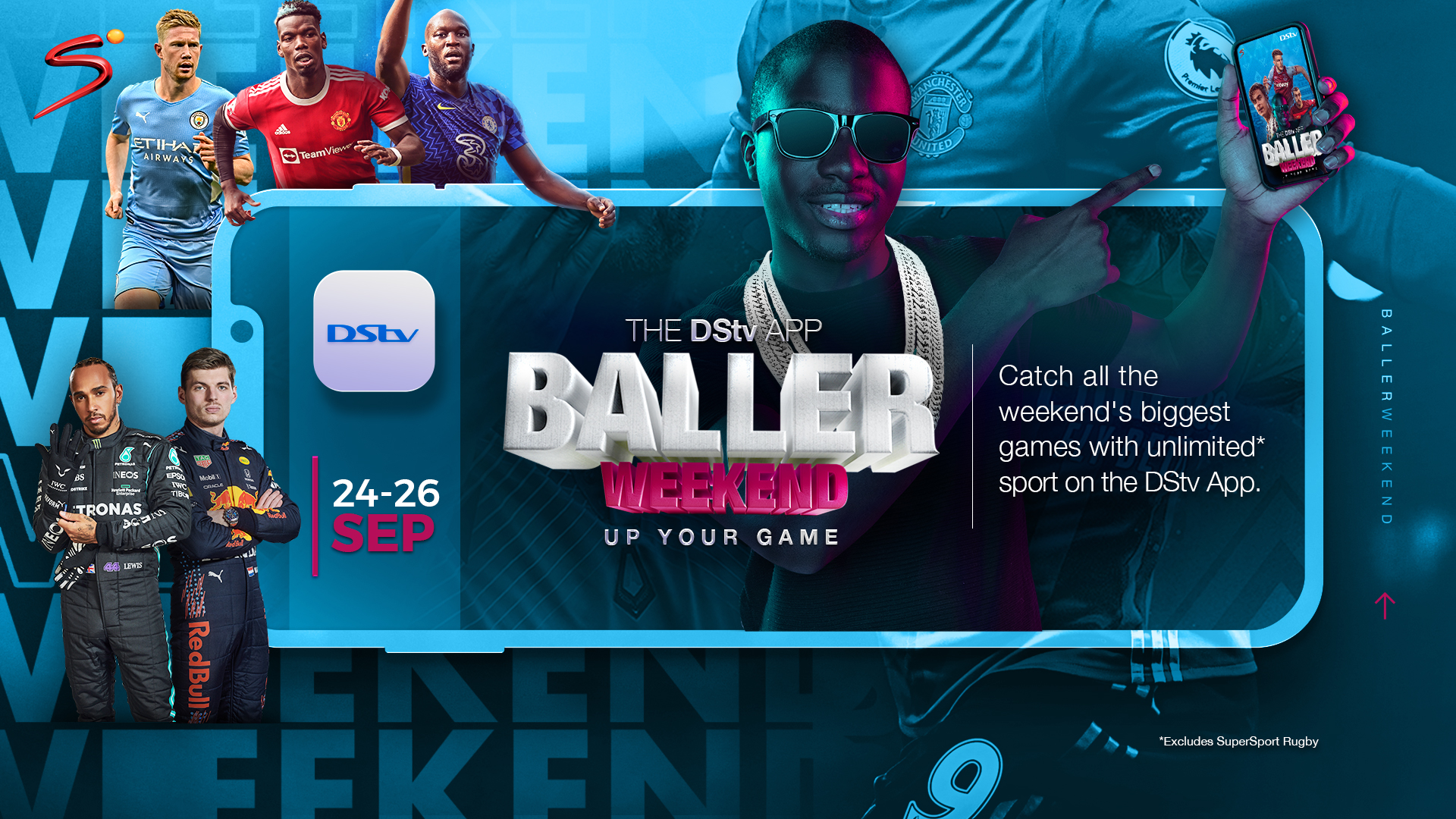 Including customers on DStv Confam and DStv Yanga, from 24 to 26 September

As a way to reward the growing number of DStv customers accessing their favourite content through the DStv App, DStv is hosting the biggest Open Weekend yet, exclusive to customers on the DStv App.

From Friday 24 to Sunday 26 September 2021, customers across the continent on all DStv packages will have unrestricted access to sporting content across some of the best SuperSport channels, including WWE, SuperSport La Liga, SuperSport Football, SuperSport Cricket, SuperSport Premier League, SuperSport Golf and SuperSport Tennis among many others. Note that the Open Weekend does not apply to SuperSport Rugby.

“The way our customers access content is changing and we’re changing along with them. The DStv App has always allowed customers to stream live channels or watch the latest episodes of their favourite shows. For one weekend only, we’re adding all of our SuperSport channels to the mix, so they can kick back, relax and enjoy their favourite sporting fixtures,” said Chief Executive Officer, John Ugbe.

Another major highlight is the Ryder Cup, golf’s traditional showdown between Europe and the United States. This year’s event takes place at the Whistling Straights Golf Course in Haven, Wisconsin. You can Catch Day 1 (Friday at 1pm), Day 2 (Saturday at 1pm) and Day 3 (Sunday at 5pm) all LIVE on SuperSport Grandstand and SuperSport Golf, DStv channel 201 and 213.

“From when we restarted our qualification process in January, the last eight months have been very positive,” said European team captain Padraig Harrington. “Everybody has been able to play and wen have a good system in place that has allowed us to look at everyone and see how they’re doing.

There is no question that we are in good shape and everyone associated with Team Europe cannot wait to get to Whistling Straits and get going. Especially me!”

Fans of something more visceral and violent can take in UFC 266 (Sunday Prelims at 1am and Main Card 3am LIVE on SuperSport Action, DStv channel 210), which will be headlined Alexander Volkanovski and  Brian Ortega’s grudge match for the UFC Featherweight Championship in the headline bout.

“Right now, [Ortega] thinks he understands this chess game we’re about to play. But he’s going to realise – and real quick – that he doesn’t,” warned Volkanovski.

And if you want your fighting to come with a fair scoop of ‘kayfabe’ alongside it, then check out the latest edition of WWE SmackDown (Saturday at 1am LIVE on SuperSport Variety 3, DStv channel 208), where you can catch up on the latest shenanigans heading into Monday’s Pay Per View event, Extreme Rules.

Another key highlight is the Berlin Marathon (Sunday at 8am LIVE on SuperSport Variety 3), which will see 25,000 runners taking part for the biggest road running race anywhere in the world since the start of the Covid-19 pandemic last year.

What makes this Open Weekend even rewarding is that with the DStv App, customers will be able to enjoy sporting content that is not always accessible on packages outside of DStv Premium, and they can access this content while on the move through their smartphones or other smart and mobile devices.

The DStv App can be downloaded from the Apple and Google Play stores. For more information on the Open Weekend please visit www.dstvafrica.com.

4 perfect moments from episode 7 of Glo Battle of the...