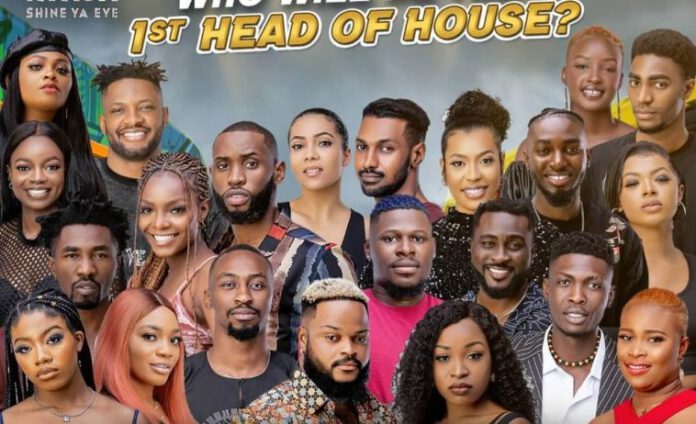 In the history of Big Brother Naija, the most popular reality TV show on the African continent, the sixth edition will always be remembered for many things.

First, it was the first time the show had two launch dates. On July 24, 11 male contestants from different backgrounds across the country entered the Big Brother Naija House. The female contestants, also 11, joined them the following day. The housemates had barely settled down when the invisible and omniscient Big Brother introduced the first puzzle of the game.

With the theme ‘Shine Ya Eye’, the housemates were kept on their toes for most of the show as Big Brother introduced twists and turns to the game. For instance, before Maria’s eviction, Big Brother tasked her to play a prank on the housemates. She was asked to make the housemates believe that they were up for nominations and only those that appealed to her would remain in the game. Most of the housemates tried to be in Maria’s good book and those who she nominated were shocked when they realised that it was all a prank.

Perhaps, the most memorable prank of the season was when Big Brother tasked Nini to leave the house for 24 hours and feign ignorance upon her return. The prank did not augur well with Saga who’s so head over heels in love with her. Notwithstanding, if there were ever going to be an award for the best prankster of the season, either Maria or Nini would take home the honour.

To further spice up the show, four new housemates were introduced to the game. They included JMK, Queen, Kayvee and Michael. Of the quad, only Queen made it far into the game.

The season had its fair share of relationships or to use the more familiar term ‘situationships’. There was the Cross, JayPaul and Saskay’s triangle, as well as the Boma, Angel and Tega’s.  The only ship that sailed and interestingly stayed till the finale was Liquorose and Emmanuel. Emmanuel won the final Head of House (HoH) title and, expectedly, nominated Liquorose as his deputy. Cross, who never won the HoH challenge, had the opportunity to enjoy the title when Emmanuel won the ultimate veto power on the ninth week and nominated him as HoH for the week.

A notable trait of the season was the friendships among the housemates. Before their evictions, Arin, Peace and Nini were seen as the three musketeers. Saga and Pere enjoyed a bromance that was unrivalled in the show while WhiteMoney took on a fatherly role and wormed his way into the hearts of a few damsels in the house, notably, Queen.  But Cross, who described himself as a social party, was the heartbreaker. Not a few female housemates had their eyes set on him but ironically, the only female he appeared to be interested in, Saskay, never gave him the green light.

A memorable feature of the reality show is the Saturday night parties. This season, the housemates brought fire on the dance floor. Fans get a preview of the night from Fridays when the housemates treat themselves to a wild jacuzzi party.

While the season came with all the anticipated dramas and twists, it will also be memorable for the cash gifts and prizes that the housemates won through different tasks. Most of these tasks involved drama while others required the housemates to delve into some critical issues in the society. A good example was the mental health talk, following the exit of Kayvee after he had a mental breakdown. Big Brother gave the housemates an opportunity during their diary sessions to talk about their mental health challenges before their presentation on the topic.

Different brands such as BoomPlay, Ekulo, Airtel assigned tasks to the contestants and winners were rewarded handsomely. A recent Airtel task saw Pere, Liquorose and Emmanuel walk away with One Million Naira cash prize. Also, Pere won a car prize from Innoson Vehicle Manufacturers (IVM). He was awarded a brand new Innoson Vehicle, IVM CARIS 2021 model, after beating other fellow housemates in the Innoson task. The season was sponsored by Abeg, a fintech company, while Patricia, a crypto app developer, was the associate editor.

Another first for the season was the scrapping of SMS voting. Voting was only allowed through the DStv and GOtv apps, as well as the Africa Magic website. Depending on the subscription plan, fans get over 1000 votes to save their favourite contestant. However, fans were allowed to lock in their favourite housemate who they believe will emerge as the winner of the season. By doing so, they stand a chance to win One Million Naira at the end of the game.

Still on firsts, this season saw the launch of Showmax BBNaija: The Buzz. Hosted by Toke Makinwa, the bi-weekly show features Makinwa discussing the latest gists with selected personalities, including former BBNaija housemates. The show also had a secret diary session where the housemates are allowed to share their unfiltered thoughts on anything.

Despite negative reviews from critics with limited understanding of the show format, this season showed that beyond entertainment, Big Brother Naija is an educating programme. It was not only a platform for the contestants to showcase their talents but also one to discover new talents. Little wonder that on leaving the game, housemates are filled with new ideas to explore. Consequently, the show imparts knowledge to the viewers who glean from the different presentations by the housemates.

As the show comes to an end this Sunday, October 3, fans will not only anticipate the winner of the sixth season but also, the start of a new season as the show will be returning with more exciting twists and turns to keep fans and viewers entertained.

‘Who Wants To Be A Millionaire?’ Game show is back, bigger...