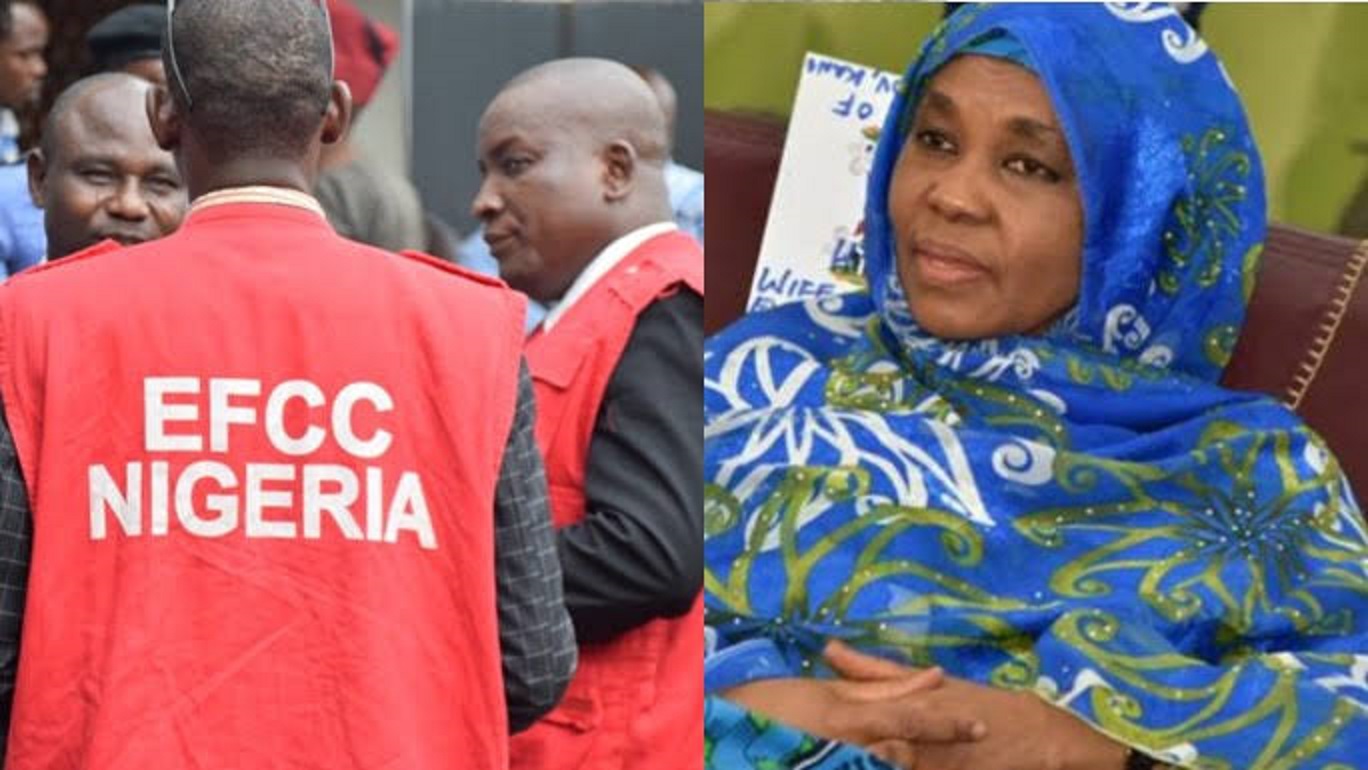 We gathered that EFCC interrogated Hafsat for several hours in Abuja and allowed her to go home later in the evening.

This online news platform understands that Governor Ganduje wife, Hafsat is expected to return to the Commission for further questioning at a later date.

We reliably gathered that the governor’s wife was arrested by the commission following her failure to respond to an invitation over the allegations levelled against her by her son, Abdulazeez, who has reportedly fled the country.

Abdulazeez was said to have petitioned the anti-graft agency after his mother failed to refund the money paid to her to facilitate the purchase of a parcel of land in Kano.

The money, it was learnt, belonged to a property developer, who engaged Abdulazeez to procure the landed property.

It was learnt that the matter degenerated when Hafsat allegedly refused to provide the land which was paid to facilitate or refund the money.

‘Sanwo-Olu has done nothing, his achievement imaginary’