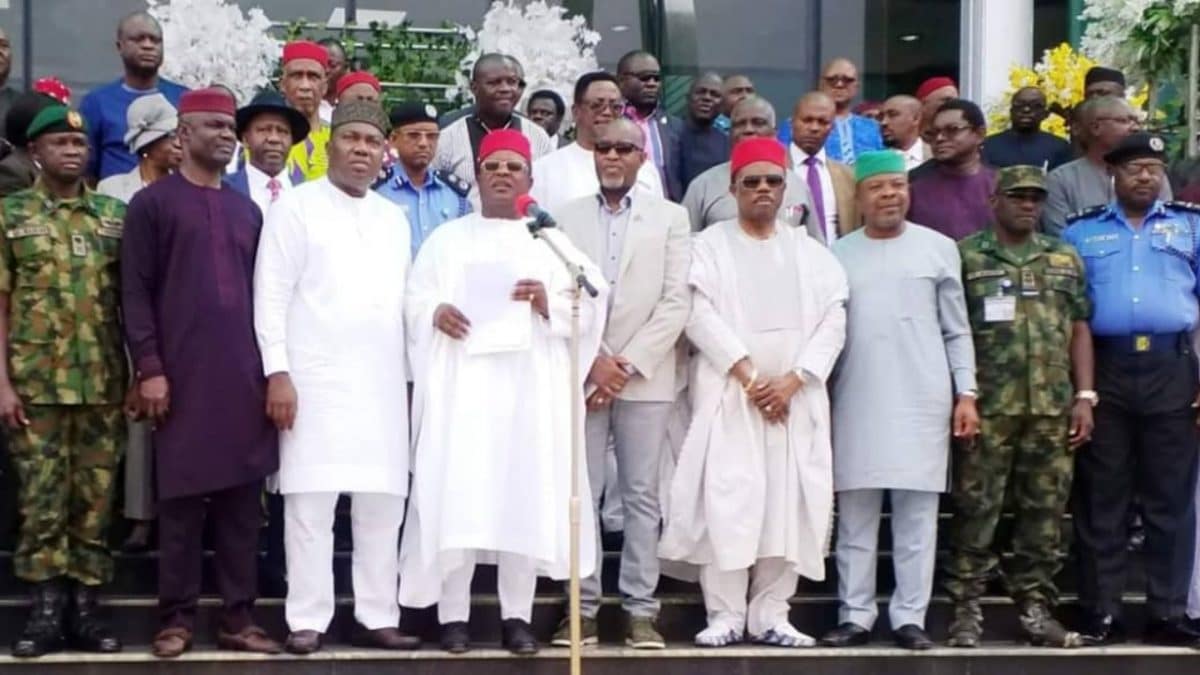 The governors of the states in the south-east say they will take necessary steps to ensure that sit-at-home orders in the region are discouraged.

The decision was taken on Tuesday, after a meeting of the governors in Enugu.

There have been attacks in the region by persons alleged to be enforcing the sit-at-home directive issued by the proscribed Indigenous People of Biafra (IPOB).

In a communique issued after the meeting on Tuesday, the governors said most of those issuing such orders are based outside the country, and as such, don’t understand the effects of such directives on ordinary citizens.

“The Governors and leaders of the South East condemned the killings in the region and have agreed to join hands with security agencies to stop the killings,” the communique reads.

“The meeting condemned the sit-at-home orders, which are mostly issued by our people in the diaspora who do not feel the pains. The meeting resolved that Governors and all people of the South East do everything within the law to ensure that there is no further sit-at-home in the South East and that people are allowed to freely move about in the zone.”

The governors also resolved to ensure that the regional security outfit, Ebube Agu, which was unveiled in April, is “launched in all the South East States and laws passed in the various South East States before the end of 2021”.

Also, according to the governors, a report received from Ohanaeze Ndigbo, Igbo sociocultural organisation, on issues of marginalisation affecting the region will be discussed with the federal government.

They also resolved to work with security agencies to address security challenges affecting the south-east.

“The meeting received the committee report from Ohanaeze on various matters affecting the South East, especially on the issue of security and marginalisation of the South East people, and resolved to study the reports from Ohanaeze Worldwide for immediate implementation, and engagement with the Federal Government for amicable settlement of all issues agitating the minds of our people, especially the youths,” they said.

“The meeting agreed to support security agencies to restore peace in the South East.