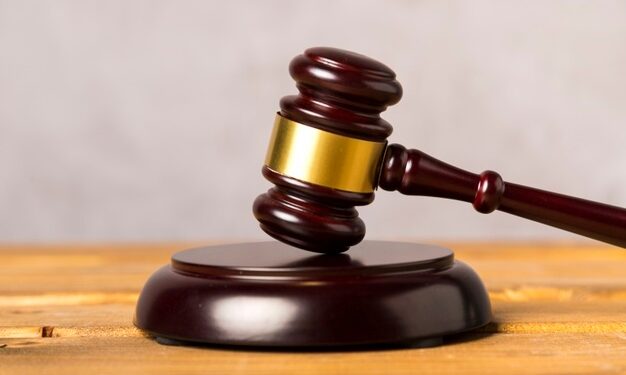 Justice Chukwujekwu Aneke of the Federal High Court, in Lagos, will on November 3, 2021, decide whether or not to vacate a freezing order placed in about 20 bank accounts belonging to the Bauchi State government in a suit filed by Asset Management Corporation of Nigeria (AMCON) over alleged N1.5 billion debt.

Justice Aneke fixed the matter for ruling after listening to submissions of counsel to AMCON, Mr. Olugbuyiro Akinola, and that of Bauchi State, Mr. Sylvester Elema SAN.

AMCON had prayed the court to freeze the State’s bank accounts with Central Bank of Nigeria and 20 other banks.

A vacation judge, Justice Tijjani Ringim had on August 30, 2021, granted a Motion Exparte dated July 19, 2021, filed by AMCON, praying the court to restrict the respondents either directly or indirectly from transferring, withdrawing, or dealing with or disposing of any of the monies standing to the credit of the respondents in the Central Bank of Nigeria to the total outstanding debt of N271,489, 820.75.

Justice Ringim also directed the Central Securities Clearing Systems Plc to provide information and details of the respondents’ companies and interests, including stocks, shares securities, and dividends to AMCON or its counsel.

The court further made an order compelling all the banks to disclose and produce bank details, statements of accounts, bank balances, and monies standing to the credit of the respondents.

He averred that eight loan facilities were offered to the defendants on February 3, 2009, in the sum of N15,000,000.00 each making a total of 120,000,000.00 at the contractual rate of 22 per cent each per annum for 16 months for the purpose of acquiring assets in favour of the members of the 6 defendant in Bauchi State

He argued that in accordance with the conditions precedent for drawdown as contained in the Offer letters the 4th and 5th defendants executed a corporate guarantee in favour of Equatorial Trust Bank limited (now Sterling Bank Plc.) stating that the total loan sum, as well as the accrued interest, would be repaid as at when due.

He added that the defendants ‘are indebted to the AMCON in the sum of N293,997,934.16 million as of 30th of June 2021, plus accrued interest at 17percent being the principal sum and accrued interests.

In one of the suits, AMCON is also claiming N346, 611,547.34 million being the sum owed by the state government, which arose from the credit facility extended to Bauchi state by Equatorial Trust Bank (now Sterling Bank Plc) which the State government allegedly failed or refused to liquidate.

AMCON is also demanding for the sum of N100 million as general damages for breach of contract and for the cost of filing the suit.

But, Bauchi State government in an application to vacate the freezing order challenged the jurisdiction of the court arguing that the amount of money stated in the said order as the outstanding debt was false and manifestly inflated.

The state through its lawyer, Sylvester Elema SAN stated that both parties in the suit met on August 24, 2021, and resolved the subject matter of the suit, a fact that was allegedly hidden from the court as at the date the orders were made.

“It, therefore, follows that the said orders made by this court on 30th August 2021 are not valid in law since the said orders are not supported by the provisions of Section 49, 50 and 50A of the AMCON Act 2010,’’ he argued.