Home Entertainment ‘I was not blacklisted from BBNaija events’ —Efe speaks 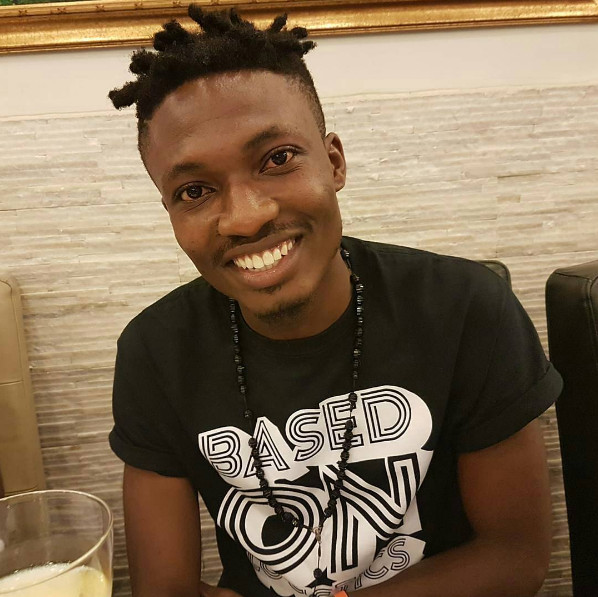 Efe Ejeba, the winner of the 2017 edition of the Big Brother Naija (BBNaija), has denied a claim that he is being blacklisted by the reality show’s organisers.

Since winning the ‘Double Wahala’ edition, the rapper has been noticeably absent from the show’s activities.

Unlike Laycon, who won the 2020 season, he has also not been invited to perform at any of BBNaija’s live shows.

A few weeks ago, Noble Igwe, the media personality, had in a tweet claimed that Efe was blacklisted by BBNaija’s organisers after he sat in his car and asked for the head of Multichoice Nigeria to meet him before he comes out.

Efe, however, took to his Instagram page on Monday morning to issue a statement wherein he refuted the claim making the rounds. 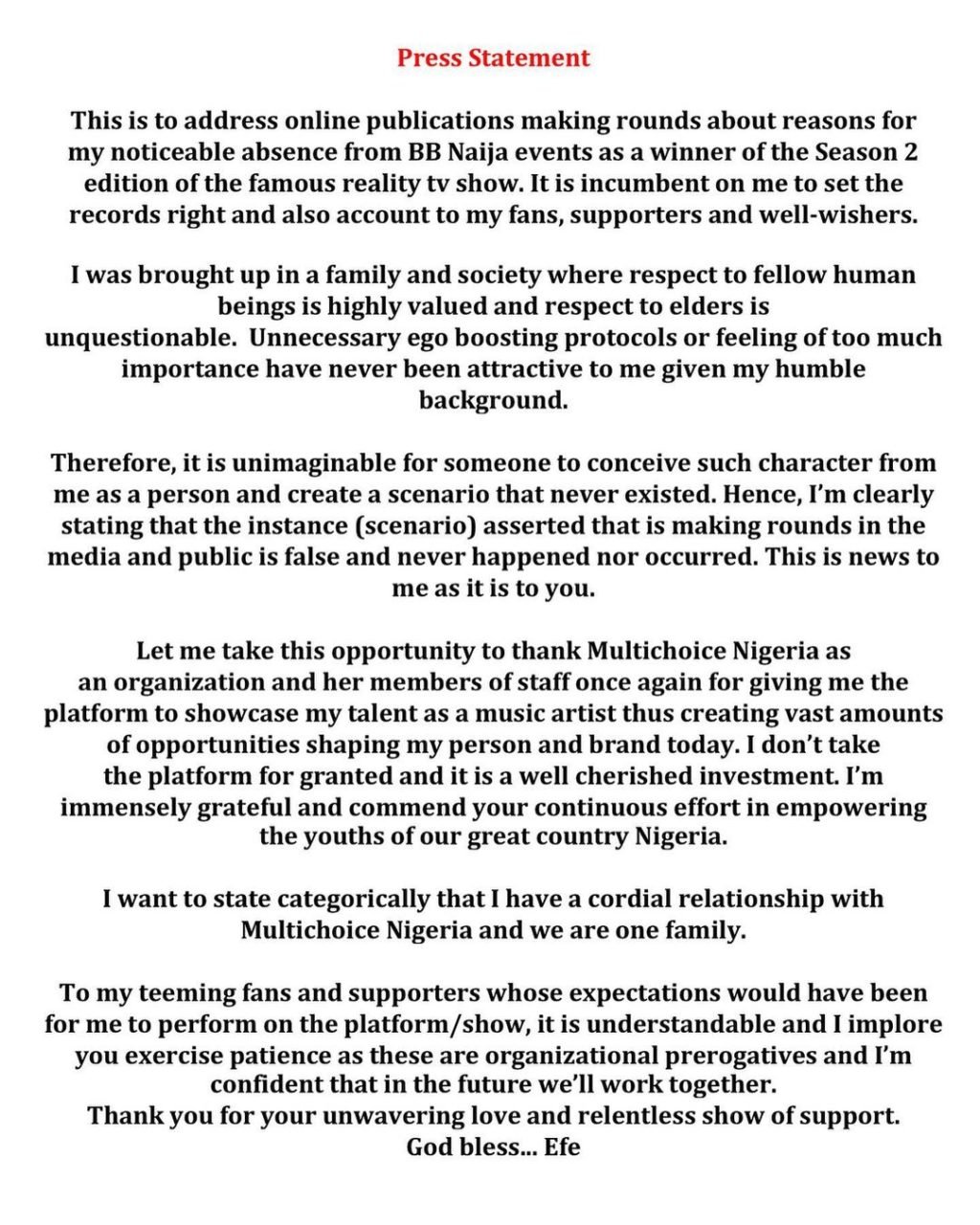 The singer insisted that he has a “cordial relationship” with the show organizers, adding that the claim is “false and never happened”.

“I was brought up in a family and society where respect to fellow human beings is highly valued and respect to elders is unquestionable,” the reality TV star’s statement read in part.

“Unnecessary ego-boosting protocols or feelings of too much importance have never been attractive to me given my humble background.

“Therefore, it is unimaginable for someone to conceive such character from me as a person and create a scenario that never existed.

“Hence, I’m clearly stating that the instance (scenario) asserted that is making rounds in the media and public is false and never happened nor occurred. This is news to me as it is to you.

“I want to state categorically that I have a cordial relationship with Multichoice Nigeria and we are one family.

“To my teeming fans and supporters whose expectations would have been for me to perform on the platform/show, it is understandable.

“I implore you to exercise patience as these are organizational prerogatives and I’m confident that in the future we’ll work together.”