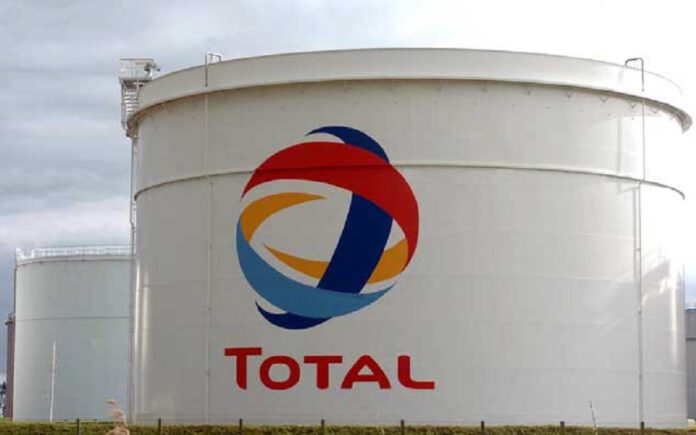 The Economic and Financial Crimes Commission (EFCC) has launched a probe into alleged bribery and abuse of office involving a top official of Total E&P Nigeria Limited.

Following EFCC’s close up, the firm has retired the top Executive. Based on the same bribery allegation an Executive Director was replaced by Total from the board of the Nigerian Liquefied Natural Gas (NLNG).

Investigation revealed that the hasty retirement of the Executive Director was suspected to be a move to cover up the bribery scandal. It was also learnt that the EFCC had been on the probe in the last six months to uncover illegal deals in the oil sector.

All the parties to the bribery have been striving to bury the scandal because of its corporate implications. It was learnt that the hasty retirement of the Executive Director was done to sacrifice him.

We gathered that, the EFCC has however asked Total to explain the steps it had taken on the scandal. In an April 4, letter to the Managing Director of Total E&P Nigeria Limited, which was signed by the Director of Operations of EFCC, Mr. Abdulkarim Chukkol, the anti-graft agency requested for some details on the Executive Director.

The letter said: “This commission is investigating an alleged case of conspiracy, bribery and abuse of office in which the need to seek for information from your office has become imperative.“Information at our disposal reveals that the above mentioned is an employee and a representative of your organization on the board of Nigeria LNG Limited.

In the light of the foregoing you are kindly requested to furnish the commission with Certified True Copies of the following information to enable us progress on the investigation: (a) Date of employment and details of Emolument package from inception of service till date; (b) Date of his appointment on the board of Nigeria LNG Limited and (c) Any other information that could assist the investigation.

“This request is made pursuant to Section 38(1) and (2) of the Economic and Financial crimes Commission (Establishment Act) 2004 The Chairman of NLNG, HRH Edmund Daukoru(a former Minister of State for Petroleum Resources) insisted that the company will not lower its standard under any guise.

According to a source, the NLNG board was inundated with allegations of unethical behaviour and impropriety against the Executive Director in his subsequent roles within the Total organization and as a Director of NLNG and its subsidiary, Bonny Gas Transport Limited.

The source added: “The Chairman of NLNG said the board has established an ethical template which he won’t compromise. His hardline on this case has earned him more respect from industry players.

“Since he came on board, Daukoru has put in place an anti-corruption benchmark which no one can cross. And NLNG business ethics is strengthened. Total E&P had no choice than to replace the Executive Director from the NLNG board.”

But Total E&P, in a July 27, 2021 memo (we were  privy to) came up with some changes and asked the affected director to proceed on retirement with effect from July 31st, 2021. It clarified that the reconstitution of its Executive Committee became effective from October 4th, 2021.

Total said in part: “Following the re-organization of the company’s activities from a District based organization to an Asset and Shared Services structure, changes have been made to TUCNs Executive Committee (EXCOM) portfolios. Effective from October 4, 2021 the EXCOM is therefore reconstituted as follows: …(names withheld) will proceed on retirement effective 31 July 2021.”

A source, who spoke in confidence, alleged that the “changes effected by Total were to cast a veil on the bribery deal.” The same reliable source claimed that the changes were hurriedly design to execute the 50% staff reduction in Nigeria.

The source said: “One of the corruption cases involved allegations of how a top official deceived a sister company, Total PLC. listed on the Nigerian stock exchange, by using his pseudo company to purchase a luxury apartment previously owned by Total PLC in Ikoyi without Total knowing that he was involved. The sources of monies were alleged to be suspected bribes and kickbacks.

“A top official was also indicted for dual employment as company Secretary of the private company used as a conduit for the alleged money laundering scheme.”“There are many underhand dealings by some IOCs. The EFCC must see this ongoing investigation of bribery scandal to save the nation’s oil sector.”

Another source said the changes effected by the management of Total E&P were suspicious and may not favour Nigerians. The source added: “Some members of the management have set sight to execute heinous anti-staff and anti-Nigerian policies with gusto using deceit, defiance, subterfuge and plain dishonesty in all engagements with the PENGASSAN branch leadership.“PENGASSAN is however up to the task to resist anti-Nigerian policy.”