Home Sport Adigun to contest for Athletes Commission at Beijing 2022 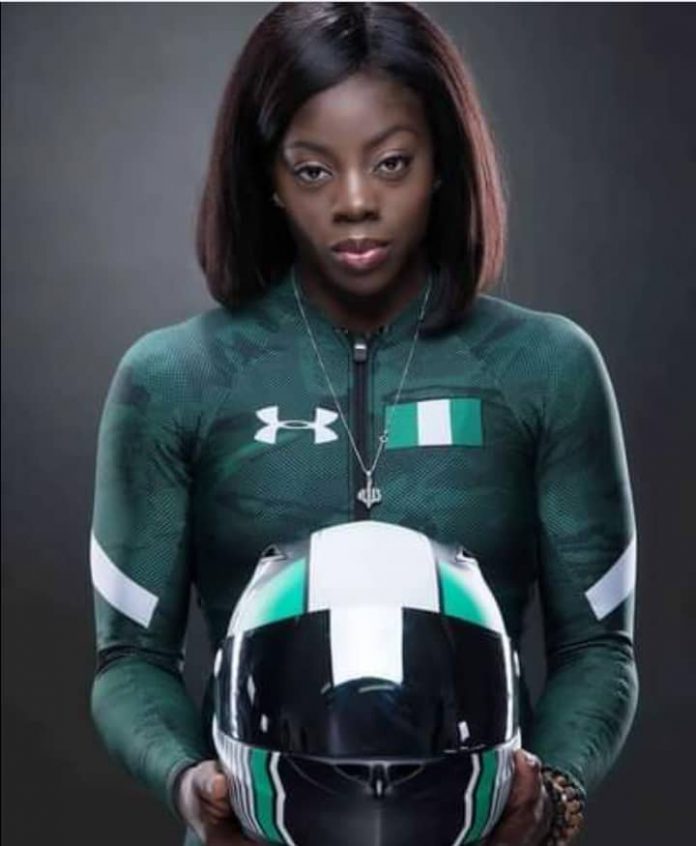 The International Olympic Committee (IOC) has accepted the application of the Technical Director of Bobsled and Skeleton Federation of Nigeria, Dr. Seun Adigun, to contest election into the IOC Athletes’ Commission for the Beijing 2022 Winter Olympics Games.

A specialist in the 100metres hurdles, who represented the University of Houston in track and field, Adigun dominated the scene and became a three-time national champion, two-time African champion and represented Nigeria at the London 2012 Olympics Games.

Adigun’s quest for election to the prestigious panel comes following her pioneering role in setting up the Bobsled and Skeleton Federation in Nigeria. From her experience as a rookie Brakeman in the United States of America’s Bobsled team, she stepped up to contribute to the formation of Africa’s first ever Bobsled Team.

In 2018, she made history with Nigeria at a historic outing in Pyeongchang, South Korea, during the Winter Olympics Games. The feat earned her the status of Africa’s first summer and winter Olympian.

Adigun, who has focused on promoting the sport in Nigeria since her retirement, speaks on the development: “It is truly an honour to be accepted as an IOC Athletes’ Commission candidate at the 2022 Winter Olympic Games. I believe my passion and experience as the first summer and winter Olympian for Africa will add immense value to the organisation. If I am elected to the Commission, I will be dedicated to uplifting the Olympic values, and advocating on behalf of all Olympians and future Olympic needs. I will also ensure the continued representation and inclusion of Africa”.

President of the NOA and member of Nigeria’s Basketball team to the London 2012 Olympics Games, Olumide Oyedeji expressed confidence in her ability.

Her commitment has led to the introduction of winter sport to homegrown athletes in tropical
Nigeria. Remarkably, the team made a historic appearance in Pyeongchang for training and camping, where the Bobsled team won bronze.

Outside of the work, Adigun commits to Olympic sports development in Nigeria, she is also a practicing Doctor of Chiropractic Medicine and a Biomechanist, who focuses on injury prevention and rehabilitation treatments.

GOtv Boxing Night 22: Everybody’ll enjoy my fight except my opponent...