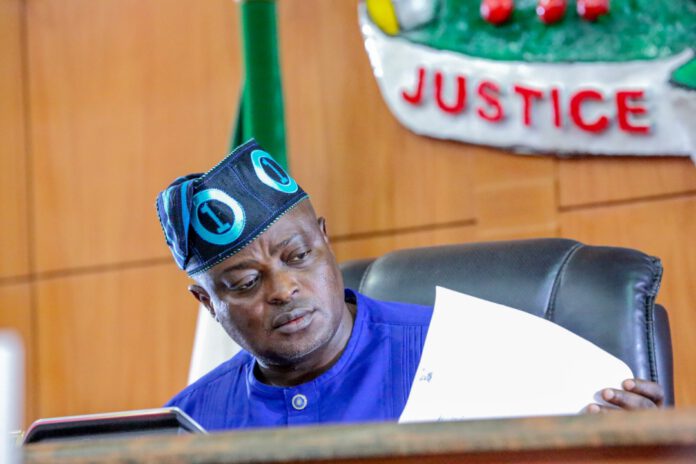 Members of the Lagos State House of Assembly on Tuesday intensified moves to repeal the State’s Consumer Protection Agency law and replace it with an amended version that is more people-friendly and aimed at strengthening the rights of residents.

The bill, which also aims to eliminate substandard and hazardous products the state, scaled second reading with Speaker of the House, Rt. Hon. (Dr) Mudashiru Obasa, committing itl to the Committee on Commerce and Industry.

Lawmakers at the sitting described the proposed law as one that further proves that the House will never joke with the lives of those they represent.

The Chairman of the House Committee On Commerce and Industry, Hon. Bisi Yusuff, who introduced the bill, noted: “Today in Nigeria, especially in Lagos, there are hazardous products and so many people are falling victims. The implementation of the existing law needs to be seriously addressed.”

Citing an example, the lawmaker said: “What we call soft drinks today, if they are subjected to laboratory test, 95 percent of the content is sugar. The implication is that we consume so much sugar which is not healthy and it is going on because nobody takes them to court.”

In his contributions, Hon. Gbolahan Yishawu (Eti-Osa 2) described the bill as that which benefits the people because it would help to protect the interest of Lagosians that have had horrible experiences from service providers.

“This amendment has created more robust fine and penalties against offenders,” he added.

In his submission, Hon. Femi Saheed (Kosofe 2) said if the bill was passed into law, it would help the economy of the State and also create employment.

Leader of the House, Hon. Sanai Agunbiade (Ikorodu 1), in his contribution, said there was need to repeal the existing law and re-enact it to block some loopholes exploited by operators and service providers.

According to him, the bill would ensure value for products bought or services paid for by consumers.

“It is a balanced procedure for both consumers and producers of products. The bill if passed into law will empower the agency more in achieving its stated mandate,” he argued.

On his part, the Deputy Speaker of the House, Hon. Wasiu Eshinlokun-Sanni, said that the bill would give room for social media engagement between the agency and the general public to enhance quick response to their complaints.

“This is what is obtainable at the federal consumer protection agency. We can replicate same in Lagos and this will make the public to have confidence in the state agency,” he said.

He added: “I will suggest that offenders of the law should be well-punished. The position of General Manager (GM) should also not be limited to legal practitioners or State Counsel alone.

“Furthermore, the enforcement offices should be sited across the state and not be restricted to one place as it is right now,” he suggested.