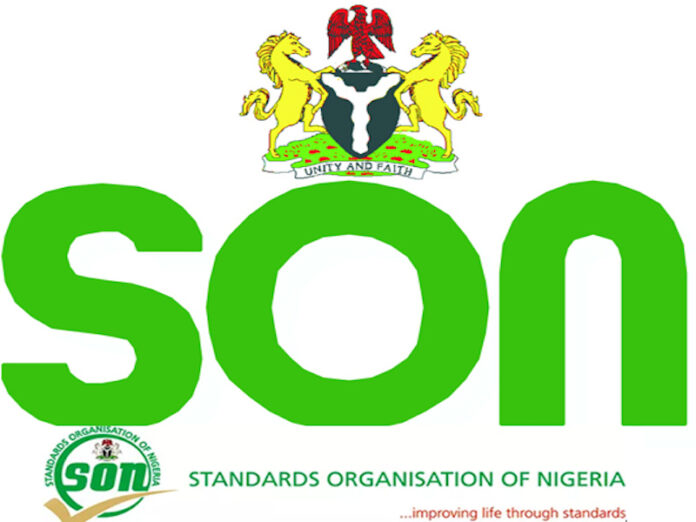 Determined to make Nigeria harness the opportunities and benefits of the African Continental Free Trade Agreement (AfCFTA), the Standards Organisation of Nigeria has announced new standards for agricultural produce.

Apart from getting local products ready for export, the agency is equally prepared to curb the rather high level of rejections faced by the nation’s agro products at the international markets.The concerted efforts are geared towards making locally made products especially agricultural commodities acceptable and competitive particular in intra- African trade.

The Director General, SON, Mallam Farouk Salim, made the disclosure on the sidelines of the visit of SON Governing Council members to audit SON’s facilities in Ogba area of Lagos recently.

According to him, most of the times when Nigerian goods are rejected, it is due to failing to go through standard procedures locally before exporting to other countries, saying that as long as exporters continue to ignore local available standards, their products would not sail through global market.

He added: “Exporters do not check the standards of the country they are exporting to, so as long as our exporters ignore our standards, they will still have their products rejected, but if they follow the procedures, we are here to partner and assist them to make sure that their products are accepted globally.

“If the exporters come to us and they follow the product standards of our country and the standards of the country they are exporting to, then they should not have problems,” Salim said.

He added that the standards that have been approved were painstakingly developed through stakeholders’ inputs and considerations, pointing out that it was an indication that standards body has been working very hard to ensure that locally made products in this country are not only up to standards, but produced for export.

“In December, we will have another council meeting to approve new standards. Every standard we put out there is strategic to AfCFTA, because when we establish our standards, it is expected for people who are expecting our goods to look at the standards and then know that the products approved are up to standards. So really, that is a guideline for everything you can think of,” he said.

The SON boss declared: “Some of the standards approved have to do with hair and now that people in that line of business now knows that there is a standard for that kind of product in the market. We have standards for food and feed. Anyone who is planning to go into fish farming can always come to us to get this standard to start their fish farming business. The reason why we develop standards is that when we are shipping products from Nigeria to other country, you have a stamp on it and for the person receiving this product would see the sign of quality on the products and also realise that the product is meeting the set standards.”

Earlier, the Chairperson, SON Governing Council, Mrs. Evelyn Ngige, said a total of 37 new standards have been unveiled to boost Nigeria’s industrial development. She explained that three out of the 37 new standards were reviewed; eight were newly developed while 26 have been adopted for the existing international standards.

According to her, the approved standards, which cut across various sectors of the Nigerian economy are in line with the approved Nigerian Industrial Standardisation Strategy which focuses on stakeholders and market demands for optimisation of available resources.

She noted that 10 of the standards are developed for chemical technology in particular for plastic piping products, thermoplastic pipes, human and synthetic hair extension.