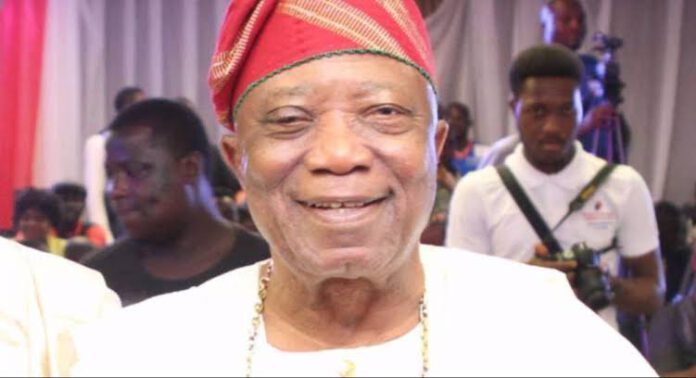 Prominent Businessman, Dr Kesington Adebukola Adebutu will lead an array of dignitaries from across the country to the annual Presidential Night and Induction of new members of the famous social club, the Association of Friends which will take place on Sunday November 14 in Lagos.

Apart from Dr Adebutu who is the Patron of the club, other prominent guests expected at the usually colourful event include Prominent Businessman, Alhaji Tajudeen Owoyemi who will be the Chairman of the event. Royal fathers among whom are the Elegushi of Ikateland, Oba Saheed Elegushi, the Ayangburen of Ikorodu, Oba Kabiru Adewale Shotobi, the Oniru of Iruland, Oba Abduwasiu Omogbolahan Lawal are also expected to attend the ceremony.

The Club Secretary, Mr Adetayo Banjo who disclosed this at a Press Conference in Lagos said top on the programme of the event is the formal inauguration of the new President of the club, Dr Adetokunbo Adedeji and members of his executive. The King of world beats, Chief Sunday Adeniyi also known as “King Sunny Ade” will be on the band stand to entertain guests just as 12 new members will also be formally admitted to the club during the ceremony.

“The Presidential night is an annual event hosted by the Association of Friends. This edition of it is important to us in the Club because the new President and members of his executive will formally take the oath of office on that day while 12 new members shall be admitted to the club on that day. It usually a well attended event and plans are in top gear to ensure a successful event come November 14,” he stated

He recalled that the Association of Friends popularly known as “Up Asso” came out of the vision of some young men with eight of them deciding in 1978 to concretise their fledging relationship and dominance of social space into a sustainable institution that will outlive them.

“As the name implies, Association of Friends was formed by some jolly childhood friends and to be a member, you have to be recommended by two friends amongst other qualities before being admitted as a temporary member of the Club. That condition is maintained as an integral part of our admission policy. We have our membership from across all sectors including Ex-Governors, Royal Fathers, distinguished legislators (Serving and Past), Captains of Industries, Retired Security Top Chiefs, Honorary Commissioners, Directors and Senior Management of Corporate giants, high ranking Politicians and Captains of industry and Entrepreneurs,” Banjo explained.

“Ours is an equal opportunity club, where any member can aspire to any position once he can demonstrate capacity and competence. Like any formal organisation, the key to our continued leadership is discipline; we adhere to our constitution as it provides the tools for both the Management and discipline within our fledging Club. It is worthy of note that every development that we have embarked upon from inception to date has been fully financed through the generosity of our members who contribute generously to finance our projects,” he added.