Home Opinion Beyond growing the energy sector, there is a need to ensure increased... 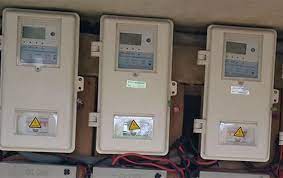 With a population of over 200 million people, Nigeria is undoubtedly one of the most populous countries in the world, accounting for half of the population of West Africa.

While the country has the largest economy in Sub-Saharan Africa, with agriculture being the largest contributor to the Gross Domestic Product (GDP), access to electricity is faced with a myriad of challenges, including infrastructure constraints, insufficient end-user tariffs, unstable supply, among others.

In a bid to tackle these challenges and promote efficiency in the area of operations in the power industry, the Nigerian government unbundled the Power Holding Company of Nigeria (PHCN) in 2013 and privatized the generation and distribution segments of the sector. With the privatization, 11 distribution companies (DisCos) and 6 generation companies (GenCos) were birthed, while the transmission of electricity remained under the control of the Federal Government.

While the privatization initially held promises, efficiency in the power sector is still being hamstrung by pertinent issues to date, such as unreliable gas supply, vandalism and insufficient metering. According to a report by the Nigerian Electricity Regulatory Commission (NERC), the population of electricity customers stands at 7.48 million, of which only 3.39 million are metered, leaving the unmetered population at 4.09 million customers.

One of the biggest scourges of Nigeria’s electricity deficit is the estimated billing of unmetered customers, wherein consumers are charged for energy consumed based on their previous usage, without considering the actual quantity of energy consumed. Consumers in this system are bedeviled with mandatory payments far above their monthly energy consumption, which has often led to disputes between customers and DisCos personnel.

In a bid to assuage the agitation by electricity customers to be metered so as to enable them pay for actual power consumed, the Federal Government introduced the Meter Asset Provider (MAP) Regulation in 2018, which provides for the supply, installation and maintenance of end-meter users by other parties approved by the commission. The initiative was geared towards accelerating the closure of the existing meter gap, which has stymied the development and progress of meter services in the industry.

More recently, in a renewed attempt to bridge the metering gap, curtail the prevalence of estimated billing and attract private investment in the provision of meters and metering services in Nigerian Electricity Supply Industry (NESI), the Federal Government introduced the National Mass Metering Policy (NMMP) in 2020, which will be executed in two phases, including phases 0 and 1. Phase 0, which commenced last year involves the financing of orders under the MAP programme by the Central Bank of Nigeria (CBN), with a target of one million meters across the country while Phase 1 will provide up to 4 million meters and shall also use a similar financing mechanism as Phase 0.

Following the operational modalities of the CBN’s financing support to the electricity distribution companies and local meter manufacturers in Nigeria, all unmetered customers are expected to be metered by end of 2023 under the NMMP/MAP schemes, ultimately eliminating the meter gap. With the initiatives put in place, it behooves meter manufacturers and distribution companies to make concerted efforts in ensuring the meter gap is closed, and Nigeria’s leading meter manufacturer, MOJEC International has taken laudable strides in actualizing this goal.

With a production capacity of up to 1.2 million meters annually, MOJEC is indubitably Nigeria’s largest meter manufacturer, boasting presence in over 26 States across the country. Since the privatization of the power sector, the company has deployed over 1.5 million end-user smart electricity meters across 8 distribution licensees via various national metering schemes, including Disco Mass Meter Rollout (DMMR), Credited Advance Payment for Metering Implementation (CAPMI), among others.

To bridge the metering gap, local meter manufacturers like MOJEC ostensibly have the most vital roles to play. Upon the kick-off of the Meter Asset Program (MAP) scheme, the company delivered 311,112 meter installations across 8 Discos in Nigeria, evincing its commitment to bridging the metering gap.

Affordability is one critical factor to consider in bridging Nigeria’s meter gap. According to the National Bureau of Statistics, over 82 million Nigerians live on less than $1 per day — the onus is therefore on the Government and Meter Asset Providers to contrive avenues to provide affordable meters to consumers in the country.

According to Special Adviser to the President on Infrastructure, Ahmad Zakari, 750,000 prepaid meters have been installed under the CBN-funded Phase 0 of the National Mass Metering Program as at August 2021 representing 75% of the one million meters to be provided to Nigerians. Under this Phase, MOJEC recorded the highest number of meters among over 20 Meter Asset Providers in the Nigeria Electricity Supply Industry (NESI), installing 234,427 meters under the scheme.

Beyond bridging the metering gap, the efficient production of meters by Meter Asset Providers can bolster local content sourcing, which will in turn contribute to the growth of the economy. To encourage local production, the Federal Government in its regulation of the NMMP had mandated that MAP source at least 30% of its production locally. MOJEC International currently boasts an annual production capacity of 1.2 million meters from its manufacturing company situated in Lagos, a meritorious feat and effort towards deepening meter access across the country.

With more Meter Asset Providers making unswerving efforts towards the production and installation of affordable meters, Nigeria is on a steady path towards the eradication of estimated billing of customers and closure of the metering gap. However, to truly tackle the power challenges Nigeria is faced with, there is a dire need for the Federal Government to implement reforms needed to bring the energy sector on par with global standards.

Office Politics: How to become your boss’ favorite

Governor Sanwo-Olu…so long a journey to 56