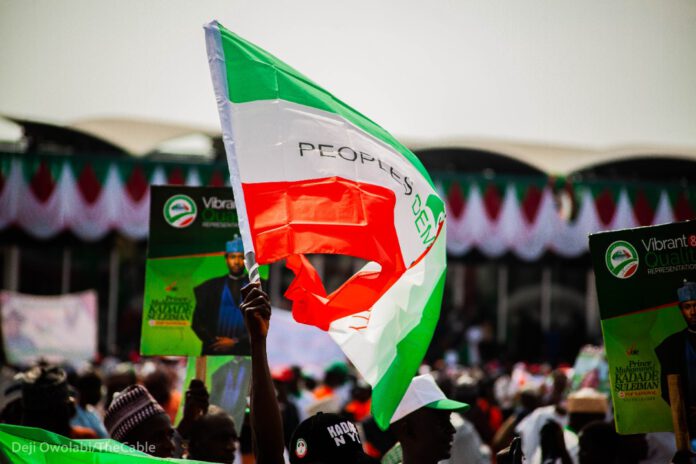 A chieftain of the Peoples Democratic Party (PDP), Lawal Usman, says the 2023 presidential ticket of the party must be zoned to the north.

He said the north should get the party’s ticket for strategic reasons.

Usman, a former Kaduna central senatorial candidate, spoke during an interview with NAN in Zaria on Sunday.

“For the strategic interest of the party and the nation, the PDP must zone its presidential ticket to the north in 2023,” he said.

“For justice and equity, the north should be allowed to produce the president in 2023 under the PDP.

“The entire north consisting of north-central, north-east and north-west only ruled for two years under late President Umar Yar’adua.”

Usman said the PDP has more supporters in the north than any part of the country, and as such, it should be a consideration for zoning.

“The population of the PDP supporters in the north-west, north-east and north-central is enormous and should be considered in zoning the presidential ticket,” he said.

“Added to this is the fact that the north has a traditional alliance with the south-east which dates back to early independence days.

“Strategically, for PDP to survive, we must win the presidential election in 2023 and this can only be done if we give the north the ticket.

“This is not because the north has the best candidates, no it is not, there are qualified people all over the country, but for the strategic reason of winning the election we must zone the ticket to the north.

“I believe that the PDP will win with landslide victory if it zones the ticket to the north.”