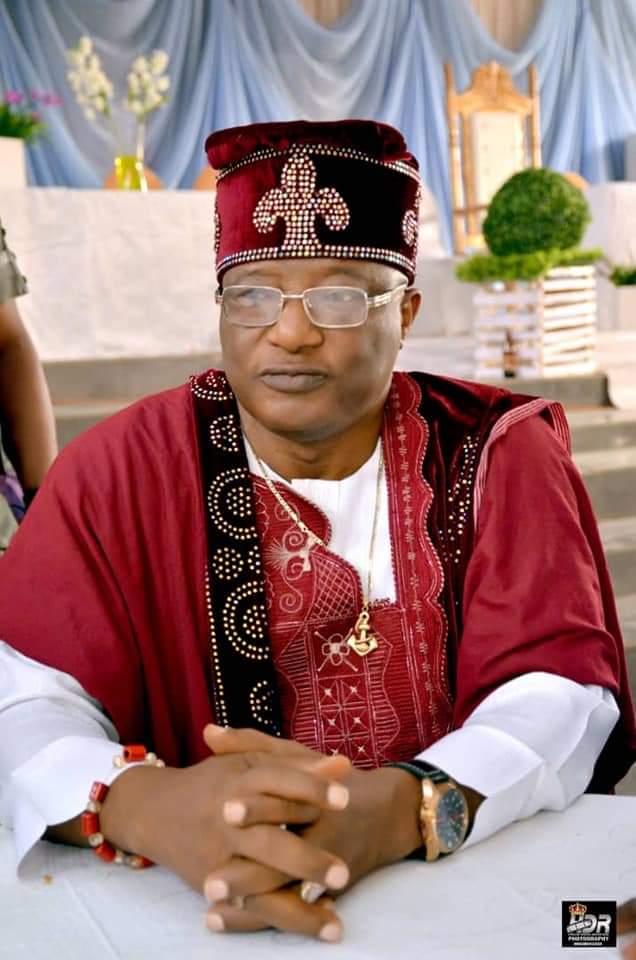 The Osun State Commissioner of Police, Mr. Olawale Olokode, on Wednesday disclosed that the founder of Oduduwa University and Ife Prince, Dr Rahmon Adedoyin, has been arrested in connection with the mystery death of a masters degree student of Obafemi Awolowo University (OAU) Ile Ife, Timothy Adegoke.

The Command’s spokesperson, Mr. Yemisi Opalola, in a statement said Prince Adedoyin is also the chairman of Hilton Hotels and Resorts, Ile-Ife, where the deceased was said to have lodged upon his arrival from Abuja.

According to him, the suspect was arrested in connection with the death of the OAU student who came from Abuja to sit for his examination at the OAU Distance Learning Centre, Moro, Osun State.
“In addition to the six suspects earlier arrested, the chairman of Hilton Hotels and Resorts, Ile-Ife, Dr Ramon Adegoke Atobatele Adedoyin was also arrested on 15th November 2021.

“He is currently in Police detention, undergoing interrogation in connection with the case while awaiting the autopsy report from the hospital,” the statement added.

The police commended the university’s management and family of the deceased for giving a chance to investigate the matter, promising that justice will be served.

It urged the public to continue to support the police and allow the security to conclude the ongoing investigation.

It will be recalled that late Timothy Adegoke Oludare, a Chartered Accountant from Eruwa, Oyo State, was declared missing penultimate week since he checked in at the hotel owned by Prince Adedoyin on Friday, November 5 preceding his examinations scheduled for Saturday, November 6 and Sunday, November 7.

Oludare was noticed missing when his wife could not reach him on the phone. Meanwhile, he had earlier contacted his wife to inform her that he was staying in a hotel.

Following a police investigation, money paid by Oludare for lodging was traced to one Adedeji Tobiloba Adesola, who works in the hotel.
Sources, however, alleged that Prince Adedoyin and some of his workers initially denied that Oludare was at the hotel.

Meanwhile, late Oludare, who was also a Director of Finance of a private firm, FJJ Company, was said to have frequented Ile-Ife between October 22 to October 24; October 29 to October 31; and November 5 to November 7, 2021 to take his MBA exams at the Obafemi Awolowo University and he had been consecutively lodging at Hilton Hotels and Resorts.

“On Friday, November 5th, 2021, Adegoke Timothy Oludare contacted his wife (in Abuja) that he had arrived Ile-Ife and had lodged at an undisclosed hotel,” the deceased’s brother was quoted.

“The following morning, her wife was calling Adegoke Oludare’s phone line to extend morning greeting but the line kept ringing with no one picking up the call. The line was ringing throughout the day (Saturday 6th, 2021).

“Adegoke’s wife contacted relatives and the family immediately sent a delegation to the examination centre of the OAU to confirm whether their son was in the examination hall. The examination coordinator checked the attendance for Saturday and Sunday (6th and 7th November) and they discovered that Adegoke Timothy Oludare did not come to take the exams.

“OAU Management and relatives proceeded to the police station to report the matter and investigation began. In the effort of the OAU Management, the chairman of the hoteliers’ association was contacted to reach out to hotels whether Adegoke Oludare lodged in any of the hotels but no positive response was received.

“On Wednesday, November 10th, 2021, wife of Adegoke Timothy Oludare discovered the receipt of the hotel in which her husband lodged the penultimate weekend to November 5th, 2021. The name of this Hotel was Hilton Hotels and Resorts.

“The investigation panel proceeded to Hilton to enquire whether Adegoke Oludare lodged again in the penultimate weekend which was 5th November 2021. They met the proprietor of this hotel (Chief Rahman Adegoke Adedoyin) but they denied that Adegoke Timothy Oludare lodged at their hotel.

“On Thursday 11 November 2021, investigation revealed that Adegoke Timothy Oludare transferred the sum of N37,000 from his account to a lady whose name is Adedeji Tobiloba Adesola and the details of the transfer showed that the transaction took place on Friday, 5th November 2021 that Adegoke Oludare’s wife claimed that her husband reported to have lodged at a hotel in Ile Ife.”

“Upon tracking the phone number on the said account, it was discovered that the owner of that number was at that moment at the Hilton Hotels and Resorts owned by Rahman Adedoyin. Police proceeded to the venue and Adedeji Tobiloba Adesola was fished out to be a staffer of the said hotel.

When Adesola was apprehended, she confessed to have allocated Room 35 of Hilton Hotels and Resorts to Oludare the same Friday. She was arrested and whisked to the Police headquarters in Osogbo.

On November 12, 2021, her confession led to the arrest of 6 other suspects by the police including a self-acclaimed Alfa (Islamic cleric) who claimed to have left Ile-Ife for Ejigbo on the same Friday Oludare was said to have disappeared.

Before the Alfa’s confession, police tracking had shown that Oludare’s phone was moved from Ile-Ife to Ejigbo between 5 and 6 November, 2021.
Meanwhile, on November 13, Adedoyin was alleged to have mobilised three top lawyers to Osogbo in order to pervert the investigation process.

But he could not have his way until his arrest by the Police.