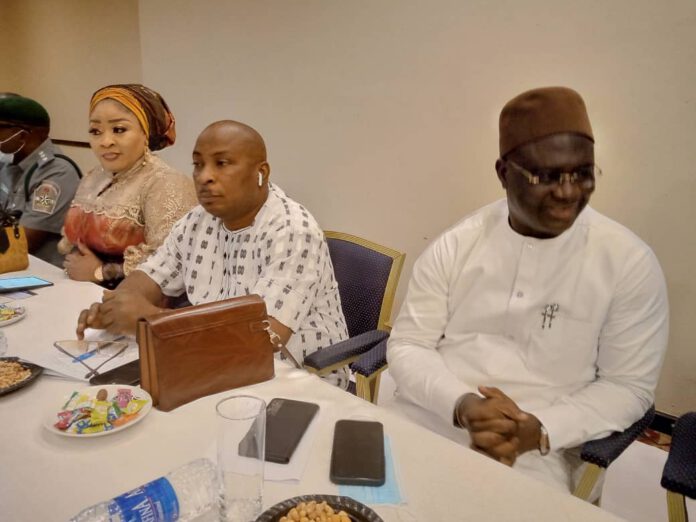 The National President of the Association of Nigeria Licenced Customs Agents (ANLCA), Dr. Collins Farinto, has called on the Federal Government to establish the federal ministry of Maritime, as a bold step forward to revamp the maritime industry in Nigeria.

Farinto, who made this call at the 3rd Annual Conference/Awards of the Association of Maritime Journalists of Nigeria (AMJON), titled Seamless Port Operations in Nigeria, commended the acting Managing Director of the Nigerian Ports Authority (NPA), Bello Koko Mohammed, for his efforts so far in clearing bottlenecks around the Lagos ports and its environs.

The National Vice President represented the National President of ANLCA, Chief Iju Tony Nwabunike at the event and presented his paper titled, ‘The Roles of Customs Brokers/Freight Forwarders in Seamless Port Operations in Nigeria.’

He noted that “there are a lot of factors militating against the maritime industry in Nigeria, including “lack of infrastructure like scanners to speed up cargo examination by Customs and other government agencies.”

He noted that “numerous agencies of governments at the seaports carrying out similar functions, perennial traffic gridlock hindering easy access into the seaports and poor road network within the port vicinity are some bottlenecks that have made it impossible to achieve seamless port operation in Nigeria”.

Others, according to him, are lack of a functional railway system for immediate evacuation of containers out of the port, activities of miscreants within the port corridors, corruption and sabotage in the system.

To this end, other stakeholders also made similar calls insisting that the establishment of Maritime Ministry would mitigate the current charade in the industry.

The Maritime sector’ under the Transportation ministry is an aberration in today’s world.

Presentations were also made by Nigerian Maritime Administration and Safety Agency (NIMASA) on Overview of Crew, Cargoes and Vessels Security under the Deep Blue project and the Nigeria Shippers’ Council (NSC) on Achieving Seamless Port Operations through Customs Modernisation project.

In his welcome speech, the President of AMJON, Mr. Paul Ogbuokiri, said the “this year’s edition which is coming a year late was delayed by the outbreak of the Coronavirus (Covid-19) pandemic which interrupted all economic, social and cultural activities across the world.

“The Nigerian maritime industry, and by extension the maritime media was not spared; as aside the health of the humankind which came under very serious threat by Covid-19, the Transport and Logics chain industry was put on pause mode to save humanity from the rapid transmission of the highly contagious and deadly disease from person to person”.

The event also witnessed the presentation of awards to some deserving persons by AMJON.

Some of those recognised include National President of the Maritime Workers Union of Nigeria, Adewale Adeyanju as Labour Leader of the year; Hajia Bola Muse; Dr. Collins Farinto; and Head of Lagos Office, National Inland Waterways Authority (NIWA), Sarah Braimoh among others.

The AMJON flagship Magazine ‘AMJON Express was launched and was highly oversubscribed by dignitaries in attendance.

Jamoh, Bello-Koko, Salim, others to be honoured by maritime journalists