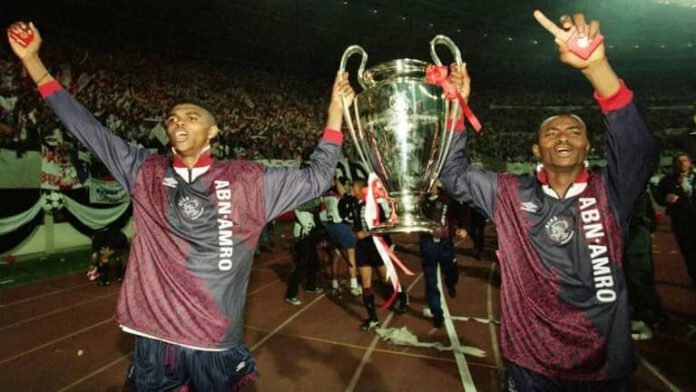 Not many African footballers have had the privilege to play on the highest stage of the elite club competition, like the UEFA Champions League final.

According to UEFA.com, only 24 African footballers have lifted the prestigious Champions League trophy.

In no particular order, here are 3 Nigerians who have won the Champions League and lifted the coveted trophy

John Obi Mikel is one of the Nigerian players to have won a champions league trophy in his career. The Super Eagles ex-skipper kicked off his international club success journey with Norwegian club Lyn in 2004 and later joined Chelsea in 2006.

After missing out on the 2008 UEFA Champions League trophy, losing to Manchester United, Mikel went on to win the Champions League four years later in Munich. According to him, the Munich finals “was the biggest night of his life”.

A pacy and tricky winger, Findi George was one of Nigeria’s finest attackers of all time. He was instrumental to an era that won the Africa Cup of Nations in 1994 and represented the country at two FIFA World Cups – the 1994 and 1998 editions. At the club level, he played alongside compatriot Nwankwo Kanu for AFC AJax where he won numerous titles and lifted the 1995 Champions League trophy.

After acquiring much success with the Super Eagles, Nwankwo Kanu joined fellow Nigerian teammate Findi George at AFC Ajax in 1993. Kanu scored 25 goals in 54 appearances during his debut year for Ajax. He also contributed to their 1-0 win in the UEFA Champions League final over AC Milan, coming off the bench. In 1996, he captained the Nigeria national team that won gold at the Olympics and scored two late goals in the semi-finals against powerhouses Brazil to overturn a 2–3 scoreline into a 4–3 win in extra time.

Never get disconnected from your favourite football matches, visit www.dstvafrica.com to subscribe or upgrade, and download the MyDStv app for the auto-renewal option to stay connected without interruptions. Follow the #Unbeatable Football campaign on social media on DStv Instagram and Facebook pages.