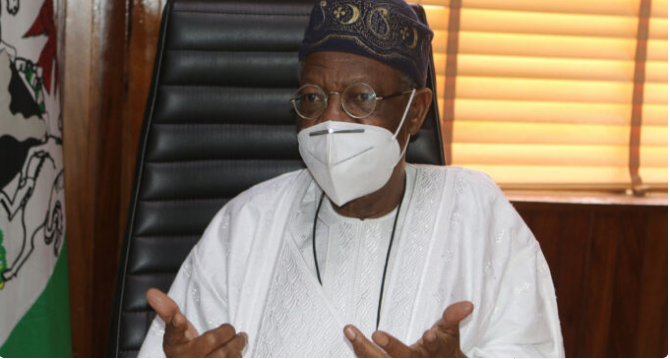 Segun Awosanya, better known as Segalink, a member of the Lagos judicial panel, says the federal government doesn’t appear ready for justice in relation to the findings of the panel.

Awosanya, who spoke on Tuesday when he featured on Channels Television’s ‘Politics Today’, said the report of the panel was a “professional” work carried out by people of “integrity”.

On November 15, the judicial panel submitted two documents — a consolidated report on cases of police brutality and another on the Lekki shooting incident — to Babajide Sanwo-Olu, governor of the state.

After receiving the report, Sanwo-Olu constituted a four-member committee to review the report and come forward with a white paper on it within the next two weeks.

According to the report which was leaked hours after it was submitted, the panel said the “killing of unarmed protesters by soldiers on October 20, 2020 could be described in the context of a massacre”.

Reacting to the panel’s findings, Lai Mohammed, minister of information, said the report is riddled with “discrepancies, errors, speculations and inconsistencies”, and dismissed it as “fake news”.

Asked to react to Mohammed’s dismissal of the use of “massacre”, Awosanya said any of the terms used by the panel was “clearly defined in context”.

Segalink, who is also the convener of the #EndSARS campaign, said he would not want to conclude on the basis of the comments of the information minister until the Lagos state government releases the white paper.

“Whatever term was used in the recommendations or the findings presented to the government — state or federal — was clearly defined in context,” he said.

“And I think that rather than react to the sound of the word or rather than react based on what the word might mean to them literally, they should read the report with understanding and know exactly where the panel is coming from and then do the needful.

“This is a country. This is a democracy and the people seek leadership; leadership that can actually do justice to issues. The essence of the panel itself is not to indict or punish anybody precisely.

“It is actually to bring about findings and recommendations that would ensure and ascertain healing of our society not denials.

“Why would the panel be set up in the first instance if the government knows exactly what went wrong, what happened or what transpired at locus locum? Why would you want to investigate if you already know?

“It is really sad for some of us to hear this because the panel was set up to actually assuage the people, to actually make the public know that the government is sincere enough to engage, to investigate and to come out with findings that they would do something about.

“But all these reactions show that they are not ready to do justice to the work done by the panel. I really won’t want to conclude like I said. It’s best to wait for the official response of the government.

“We’ve submitted to the Lagos state government. He gave his word that in two weeks he is going to respond to that, and after that response, we can have a robust debate on the outcome of that.

“Rather than project, react, catastrophise, I think it’s best we keep our powder dry for now. The panel did a professional work and it speaks for itself.”