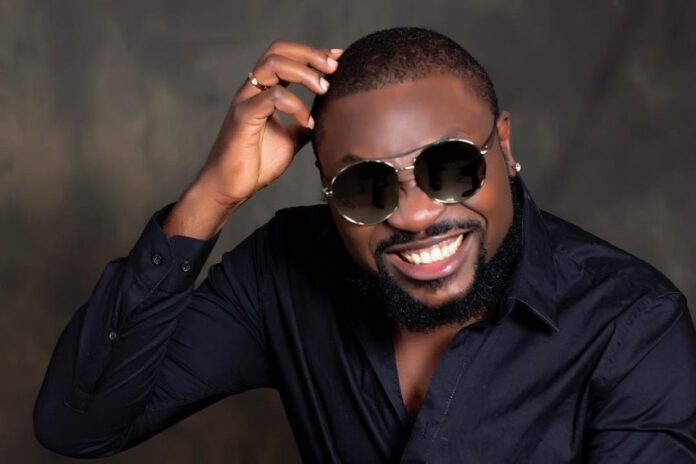 Onyebuchi Ojieh, better known as Buchi, went through an exciting route to finally achieve his dream of becoming a comedian.

Growing up, he dreamt of being an astronaut but changed his mind because, according to him, in his characteristic humorous manner, going to space was too far. So he went to Bendel State University (Ambrose Alli University) to study law before ultimately becoming a comedian.

In that period, one thing remained consistent: his love for putting smiles on people’s faces through humour. Born in Kwale Ndokwa West, Delta State, on April 4, 1979, Buchi attended D.S.C Nursery and Primary School and Ovwian Secondary School in Warri. While in school, he participated in various dramatic activities such as a ‘mock news’ presentation, where he would read news in a humorous manner to other students. The feedback he got encouraged him to create more of those humour-filled content.

In 1996, Buchi began his professional comedy career performing in churches and events with a growing population in the south-south of Nigeria. But he wasn’t someone who settled for relative success. After 10 years of performing in the region, he decided to move to Lagos, a place quickly becoming a creative hub for singers, actors and comedians.

In Lagos, Buchi had to start all over again as he wasn’t a known figure in the most populous city in Nigeria. In an interview, he admitted that it was tough starting again and becoming an ‘up and coming’ comedian.

He said: “It was tough, because coming again to Lagos having done it for like 10 years already, having gotten that followership in few places like Abuja, the south, the east… and even few people in Lagos… to drop all that and start afresh with a new name, new face, new brand, it was starting from scratch. It was more painful because I had to bring myself down to an ‘upcoming talent’; going back to the basics was like completing your school and going to start it all over again… it was tough.”

Despite this setback, Buchi remained undeterred, accepting small opportunities and honing his creative skills. In 2008, he was introduced to the veteran comedian, Tee-A who invited him to his show, Tee-A Live N Naked in Lagos. This facilitated his meeting with other famous comedians like comedy industry pioneer Ali Baba and the legendary Opa Williams, who created the famous Nite of a Thousand Laughs.

The show allowed Buchi to present comedy on a bigger stage and provided a much-needed boost to his career. He also got to watch Basketmouth and Ali Baba perform live on stage too.

Following the huge platform provided by Nite of a Thousand Laughs, Buchi’s status as a comedian began to grow in the industry, allowing him to explore his other artistic talent, acting, where he deployed humour to entertain viewers. He is one of the brightest stars on the Africa Magic TV Series, Flatmate, where he plays the role of the broke lawyer, Obus.

Buchi’s humour has also taken centre-stage in the first-ever Showmax original comedy series, Ghana Jollof. He acts alongside his friend and colleague, Basketmouth, who is the executive producer of the series, playing the role of Nigerian workers living in Ghana.

Ghana Jollof tells relatable everyday stories peculiar to the Nigerian and Ghanaian cultures. It adopts a creative style where the actors address the viewers by providing a personal commentary on events in the series. It follows the lives of four friends who met in Nigeria and reconnected in Ghana.

Through Ghana Jollof, Buchi can project his dexterity as a standup comedian and actor, which confirms how far he has come on the road to progress in achieving his lifelong desire of being a household name from the struggling unknown but ambitious fresh-faced comedian to a key famous stand-up comedian and actor featuring in Showmax first original comedy series.

Why I failed as a musician -Nollywood actor, Jim Iyke