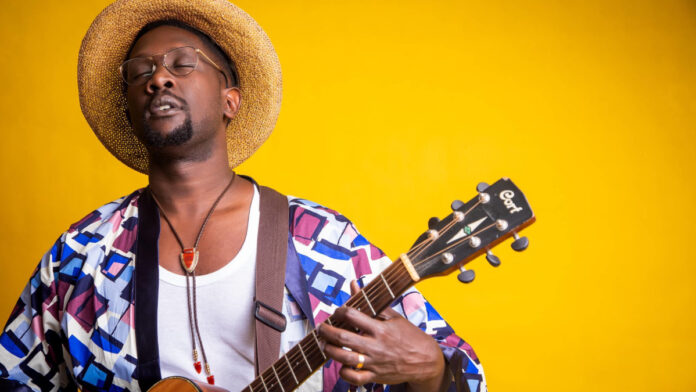 Kenyan singer, Tetu Shani has called out organisers of the 2021 All Africa Music Awards (AFRIMA) over what he described as “poor organisation and lack of diversity in its programmes”.

Shani was nominated in the ‘Best Artiste, Duo or Group in African Rock’ category for ‘Furukazi’, his hit track, during the award ceremony which was held between November 19 to 21.

In a lengthy Twitter thread, the singer narrated his experience during the event in Lagos.

Shani said the communication process used was “erratic and generally last minute” that it left him and other Kenyan artistes who were nominated confused at some points.

Buttressing his point, the artiste said he only got to know that he must pay $131 for his COVID-19 test in Nigeria a day before his flight from Kenya to Lagos.

He also claimed that when he arrived at the Eko Hotel, the venue of the award ceremony, there was no proper arrangement for accommodation and refreshment for the invited nominees.

The musician alleged that he and others were only given breakfast and dinner throughout their stay in Lagos, adding that they did not get lunch.

Shani also alleged that he endured several humiliating moments from the staff of Eko Hotel during his stint at the facility.

He said on one occasion, a waiter had accused him and other Kenyan artistes “of trying to cheat the system and eat twice at the buffet.”

The musician added that he got his “greatest shame” on the day of the award when the restaurant receptionist asked him to pay for his food before he could eat there.

He said this was despite the fact that the organisers clearly stated that it was responsible for the flights, accommodation, and all meals of the invited artistes in a letter.

Shani also claimed that most facilitators used by organisers during the awards ceremony were Nigerians while issues discussed did not represent artistes from other countries in the continent.

…I am not sure if the media people were briefed on the pan African nature of the awards because most of the questions I was asked were Nigeria centric,” he wrote.

“Questions like “Who would you like to collaborate with in Nigeria?,” “what do you like most about Nigeria?” And the one that annoyed me most, “What is to your biggest song in Nigeria?” How on earth would possibly know and why is the relevant to my nomination?

“The following day was something called the Business Summit. Essentially it was meant to be a series of panels on the nature of music business in Africa led by leading music professionals.

“This was a potentially powerful moment where music professionals from each region in Africa could provide perspective and solutions on the unique challenges of artists and stakeholders in the individual regions but nope. It was all Nigerian perspectives.

“@AFRIMAWARDS please diversify your moderators. Diversify your panelists as well. They can’t and shouldn’t be mostly Nigerian men. If each region is represented, it will provide a more comprehensive view of what the music industry in Africa looks like.”

He said his post is aimed at ensuring that the organisers improve the planning and conduct of the annual event.

“Where @AFRIMAWARDS has room for massive improvement is 1) it’s communication channels 2) it’s lack of representation of other countries apart from Nigeria in its programming and 3)it’s lack of training of its staff and partners in the art of hospitality,” he added.

“@AFRIMAWARDS I reiterate that I’m highlighting these issues so that there can be improvement next year 1) honour your nominees regardless of their country 2) provide for them 3) communicate with them and 4) protect them from disrespect.”

AFRIMA is yet to react to the singer’s claims as of the time of this report.