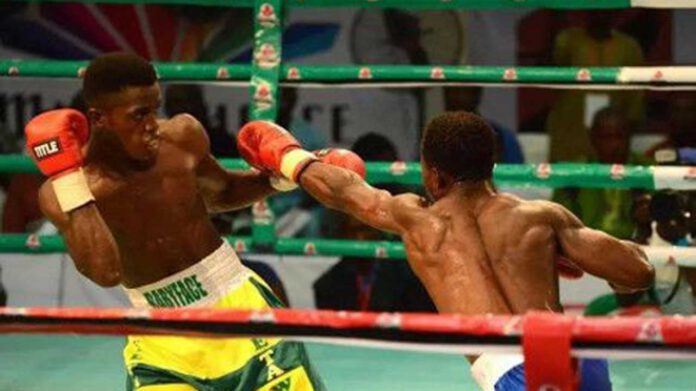 The six-bout event, slated to hold at the Molade Okoya-Thomas Indoor Sports Hall of the Teslim Balogun Stadium, Lagos, will stage two other title fights.

Speaking on the phone from his Accra base, Qwick Action said he is coming to Nigeria to claim the title, boasting that Baby Face will not last beyond two rounds.

“I’m not going to Lagos for Christmas, but for the serious business of the WBF title. Baby Face will be down and out by the end of the second round. The reason I’m called Qwick Action is that I dismiss my opponents quickly. Baby Face will be my next victim,” boasted the Ghanaian.

Two domestic title bouts are also scheduled, with one a rematch between Segun “Success” Olanrewaju and Adewale “Masevex” Masebinu in the light heavyweight division. In the previous fight, a challenge, Olanrewaju defeated Masevex. The second, another grudge encounter, will see Abiodun “Infiniti” Afinni attempt to avenge his defeat, by knockout, to Michael “Emirate” Godwin in the cruiserweight category. There will be two challenge bouts in the welterweight division. One will see Semiu “Jagaban” Olapade try Taiwo “Gentle Boy” Olowu for size, with the other a clash between Willian “Kaki” Amosu and Segun “War” Adeyemi.

The sixth bout is in the bantamweight category and will see two pro debutants, Saheed “Eagle” Azeez take on Aminu “Lucky Boy” Akintayo.

The best boxer on the night will win the N1million cash prize attached to the Mojisola Ogunsanya Memorial Trophy.

At the press conference to announce the event on Wednesday, Flykite Productions, the organisers, restated the institution of a new format picking the best boxer.

The new format, which replaces the all-media selection committee, is designed to make the process less wieldy through a nine-man panel using weighted scores.

The new panel will have as members three sports journalists, two coaches nominated by the Lagos State Boxing Association, one Nigerian Boxing Board of Control (NBB of C) nominee, a representative of the sponsors and two persons from the watching crowd.

GOtv Boxing Night 22: Everybody’ll enjoy my fight except my opponent...

Man Utd vs Liverpool, Atletico Madrid vs Valencia others live on...