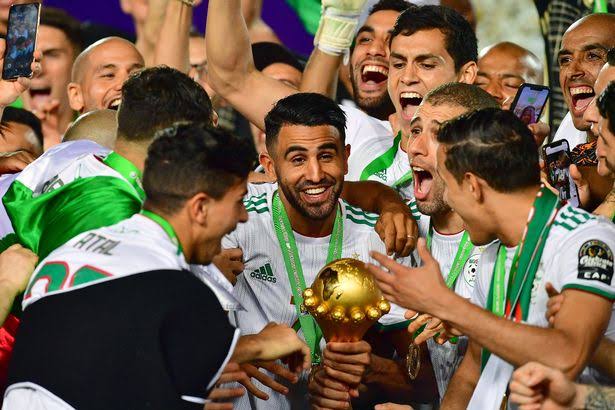 History will be made today as the 33rd edition of the continent’s flagship competition, AFCON kicks-off in Cameroon.

For the first time in the history of the tournament 24 countries will be competing with the host, country, Cameroon taking on Burkina Faso in the first match starting by 5:00pm Nigeria time.

Another history is that the championship will be held for the first time without the country of the Confederation of African Football, CAF President playing as South Africa did not qualify.

With many pundits and soccer fans across the continent tipping Algeria the defending champions as the favourites can they be thrice lucky having won the championship for the first time back in 1990 on home soil, before winning it again at the last edition.

Senegal the number 1 FIFA rated country in Africa are also title favourites with Egypt and Nigeria also been tipped as title contenders not forgetting the host, Cameroon.

Morocco is another dark horse who could spring surprise in the championship.

Meanwhile, Nigeria’s Super Eagles who arrived the competition in the throes of a managerial crisis. Following the sack of Gernot Rohr, with an interim manager Augustine Eguavoen in charge while a substantive manager, Portuguese Jose Peseiro will be watching from the Stand as an observer till the championship before taking over the squad for the final round of Qatar 2022 FIFA World Cup qualifiers.

In spite of that, and the absence of top striker Victor Osimhen, among other regulars, the Super Eagles are expected to arrive in the final for the first time since they lifted the trophy in South Africa 2013. Nigeria are aiming for their fourth title.

Another North African country, Tunisia can’t also be ruled out of contention as the 2004 champions hunger for another opportunity to drink from the cup.

Cameroon 2021, being played this year because of Covid 19 pandemics will begin at the Stade Omnisport Paul Biya with lots of Africa flavor entertainment

The opening match promises to be highly exciting and entertaining as both Cameroon and Burkina Faso had clashed five times with honours even – a win each and three draws. Interestingly, their respective victory happened away from their fans.

The other fixture of the opening day will see Ethiopia engaging Cape Verde Islands.

Not many Africa football fans remember that Ethiopia had ruled the continent before which was almost six decades ago when they won the then fledgling competition in 1962 as hosts.

Tunisia, Uganda and the then United Arab Republic were the other countries in that edition, which was the third in the series.

Except for a fourth placed finish among eight teams again as hosts, Ethiopia have either being absent in the competition or exited at the group stage. They were not in the last three editions before this one.

Cape Verde debuted in South Africa 2013. And what an experience they had!

The minnows emerged from Group A behind the hosts after beating Angola and sharing honours with the Bafana Bafana and Morocco.

The Blue Sharks however lost 0-2 to Ghana at the next stage – the last eight.

Ethiopia and Cape Verde are meeting for the first time, whether in competitive or friendly encounter.