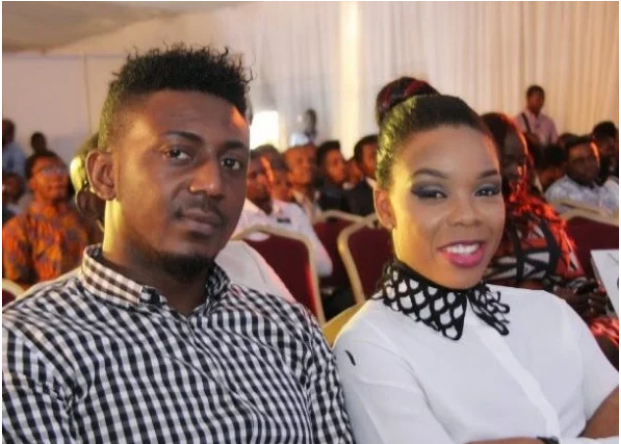 Kaffy, the ace Nigerian dancer and choreographer, has confirmed she divorced her husband.

The music industry personality had gotten married to Joseph Ameh, the music director and drummer for P-Square, in 2012.

Kaffy and Ameh had two children together but rumours would later soar a few months ago that the marriage had hit the rocks.

Speaking of the issue in an episode of her podcast, Kaffy, whose full name is Kafayat Oluwatoyin Shafau, said the divorce was to ensure their individual growth.

“I’ve always wanted to see my ex as the best version of him. Taking a chance of breaking up this marriage was also to see that we both grow into what we really really are supposed to be,” the dancer said.

“Marriage is supposed to be an alignment of destinies driving towards a place God wants for them.

“Mine didn’t really work out that way. Rather than looking at somebody as a problem, sometimes you could be the problem of that person.

“Being an enabler of someone not being able to do what they’re supposed to do can also be that you are supposed to be in that space. So there was a lot to learn and there’s still a lot more to learn.

“And I want to, you know, express that and motivate you to understand that life is not all about reacting to the world. It’s not about answering to what the world wants you to hear, be, wear, look like, and want you to marry.”

Kaffy’s statement comes after Shaffy Bello, the actress, had revealed that she divorced her husband to pursue career success.

“I wanted to spread my wings. I felt like I was pregnant and I couldn’t have a child. I felt like my wings were closed in and I was boxed in. I was yearning for more but didn’t realise what sacrifice will come with that,” she had said.

“I paid the price of [not] having a connection with my children. Coming to Nigeria, I would stay in my room sometimes and cry, like, ‘oh my gosh, what am I doing?’ I left them. My daughter was 13 and my son was 11.”