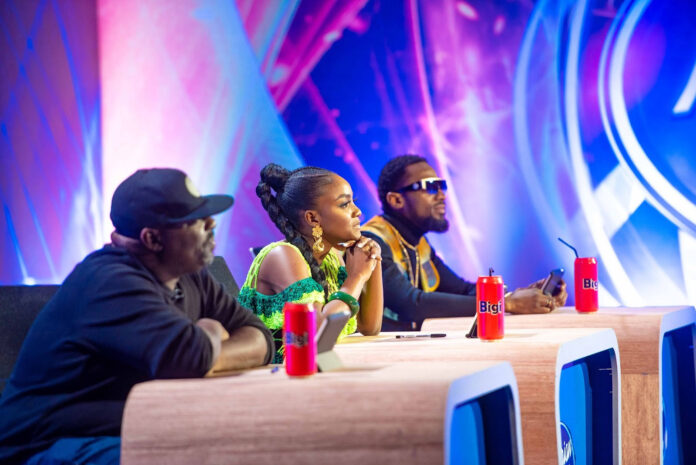 The seventh edition of Nigerian Idol premiered Sunday night on DStv and GOtv with many fantastic renditions.

17-year-old student, Itohan, was the star of the night. The teenager wowed the judges with her rendition of Andra Day’s ‘Rise Up’. She performed the song while playing the piano got a golden ticket for her performance.

As always, there were great and fantastic performances for the night, and on the other hand, there were hilarious renditions that had Judges – D’banj, Simi and Obi Asika – reacting to in  so many ways. The judges also gave some contestants encouraging advice and remarks, even if they got NOs, which was amazing to watch.

Other contestants who also received golden tickets and had outstanding performances were; Abigail, Gerard, Faith, and Enato, Azuka, Jitey and Chris.

While Abigail and Itohan melted hearts, Paul and Onyedikachi had them rolling on the floor, especially with Onyedikachi’s rendition of Whitney Houston’s song, ‘I Will Always Love You’.

The episode ended with Obi Asika as the tie-breaker of what seemed to be a Yes from D’banj and a No from Simi for Hesed, a 24-year-old voice over artist, who got heartbroken by her boyfriend right before her performance. Will Hesed be heartbroken for the second time? Tune in next week to find out what Obi’s decision is.

You can also catch all the auditions from day one and the behind the scenes episode on Nigerian Idol extra, airing daily on (DStv channel 197 and GOtv channel 29).

Celebrate Kiss and Make Up Day, Forgiveness is oh-so sweet with DStv