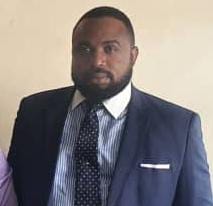 The newly inaugurated Caretaker Committee of the Sports Writers Association of Nigeria (SWAN) in Lagos has held it inaugural meeting with a call on members to join hands in restoring the dignity of the Association.

Chairman of the Committee, Aaron Akerejola who disclosed this in a chat with sports Journalists shortly after the committee’s meeting at its National Stadium, Lagos Secretariat, said it is time for the chapter to commence the process of regaining its position among the comity of SWAN state chapters.

According to him, the caretaker committee is committed to the statutory mandate of administering the affairs of the Association for a period of three (3) months and organise election that would usher in new executive to pilot its affairs in Lagos State chapter.

“Our task and mandate are clearly outlined and we believe that together with the support of SWAN members in Lagos on one part and the National Secretariat on the other, we will set the path for the restoration of our glory as the flagship of sports journalism in Nigeria.

“Since the inauguration of the Committee last Friday, there has been joy among majority of our members; though few persons have tried to disrupt the activities of the committee. However, we thank men of goodwill, State Security Outfits, as well as the Lagos State Government for creating a conducive atmosphere for the Committee to discharge its duties.

“We also want to extend our utmost appreciation to elders of the Association in the state, whilst we passionately ask for their support, advice and guidance in the Committee’s effort in moving the chapter to greater height,” Akerejola stated.

He called on all genuine members of the state chapter to go and validate their membership of the Association through the National Secretariat to enable the situating of appropriate machinery for a fresh election into the state executive.

The Caretaker boss commended the National Executive Committee of SWAN for its patience and intervention in Lagos Chapter, adding that it has brought in a new lease of life and renewed interest from members.

Recall that the Caretaker Committee became a doctrine of necessity following a vacuum in the leadership of the chapter since 2019 as a result of the failure of the last executive to revalidate membership and refusal to act on the directives of the National Executive Committee (NEC).

Bet9ja: We have control, all accounts, data, and funds are secure