Home Entertainment Blessing Okoro: I started having sex at 15 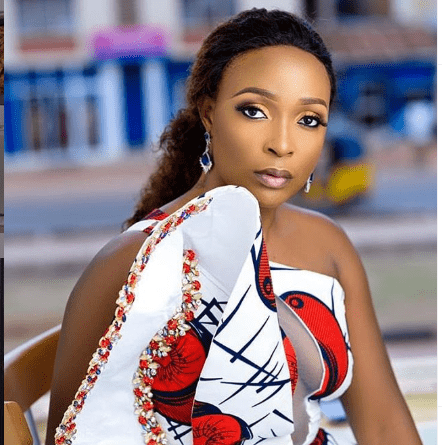 Blessing Okoro, the self-acclaimed relationship expert better known as Blessing CEO, has revealed that she started having sex when she clocked 15.

The entrepreneur spoke about her failed marriage and career when she featured in a recent episode of WithChude.

Blessing said she got married at the age of 18.

She, however, revealed that the marriage hit the rocks less than two years due to alleged abuses from her ex-husband.

The brand influencer said it took her five years to finalise the divorce from her former husband.

She added that the experience made her consider offering relationship tips so as to prevent other women from going through similar situation.

“I started having sex when I was 15 and got married at 18. But the marriage did not last. I think I got married for one year and eight months,” she said.

“During that period, there were lots of dramas and cases of domestic violence. After the one year and eight months, it took me five years to get a divorce. That was crazy… police arrested me, there’s a lot people don’t know about marriage.”

During the interview, Blessing also narrated how her ex-husband allegedly beat her on their wedding day “because I did not pack plates.”

“The first time I broke the internet was when I came out and told people how I was beaten on my wedding day. They beat me a day to the wedding and they beat me at the altar and I still married him,” she added.

“I had called people now and this is not just a story, he beat me in front of my chief bridesmaid, and they’re still there.

“When I tell these stories and people say it’s a lie, she’ll just come and be laughing because he didn’t beat me privately, he beat me beat me in from of the bridal train. What happened? Because I did not pack plates.”